Stuttgart vs Bayer Leverkusen: will Bayer move up in the standings? 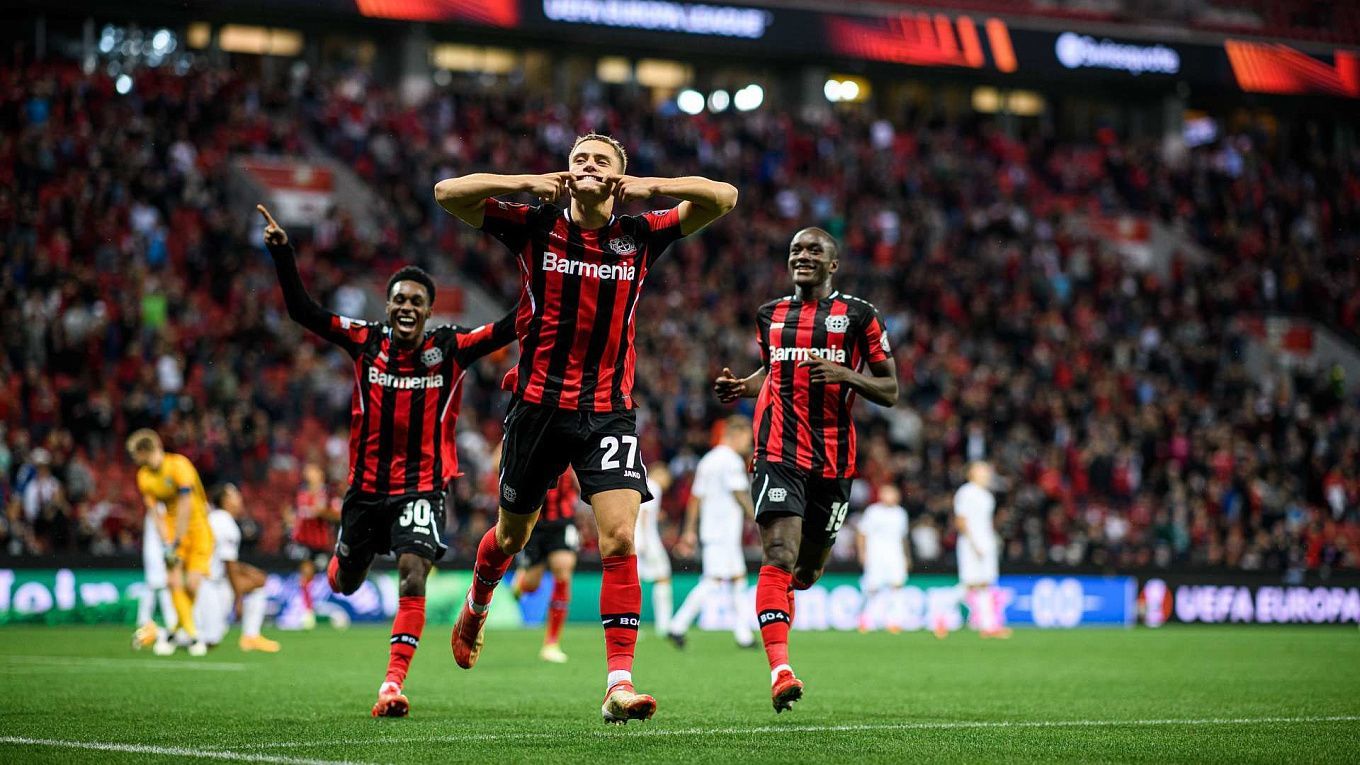 The round 5 pool of Bundesliga on Sunday will open with a match between Stuttgart and Bayer. Despite the home team factor, bookmakers are on the side of the visitors. The Swabians, by the way, have huge personnel problems, so it’s going to be hard for them to resist the Company's Eleven.

Stuttgart got off to a triumphant start to the season with two resounding victories in a row. The third round, however, saw the Swabians thrashed by Leipzig, and a week later they lost to Freiburg. After the international break, Stuttgart traveled to Frankfurt successfully enough, bringing a draw and one point. Currently, Stuttgart is 12th in the Bundesliga standings with 4 points. It’s also important that Stuttgart conceded 9 goals in four games.

Bayer lost only one match in the 2021/22 season, and it was against Borussia Dortmund (3-4). That match could’ve been a draw, but the BVB made the most of the game. After Borussia, Bayer had a good game against Ferencváros, beating the Hungarians 2-1 in the first round of the Europa League. Importantly, Ferencváros was the first to score, but that didn't stop the Germans from scoring twice and winning. Bayer is currently 7th in the Bundesliga standings, and if they win on Sunday, they are bound to move up in the table.

I like the spirit of Bayer at the beginning of the 2021/22 season. They put up a fight against the tough Borussia (and they should’ve drawn with them), defeated Gladbach and Augsburg, earned 3 points in the group stage of the Europa League, although they were the first to concede in that game. Stuttgart is by no means an easy opponent, but the Swabians have many injured and everything is quite obvious about them after a fairly successful last season. Here are betting options for you to consider: W2 for 2.14, X2+TO (2.5) for 2.21, W2+BTTS for 3.40.