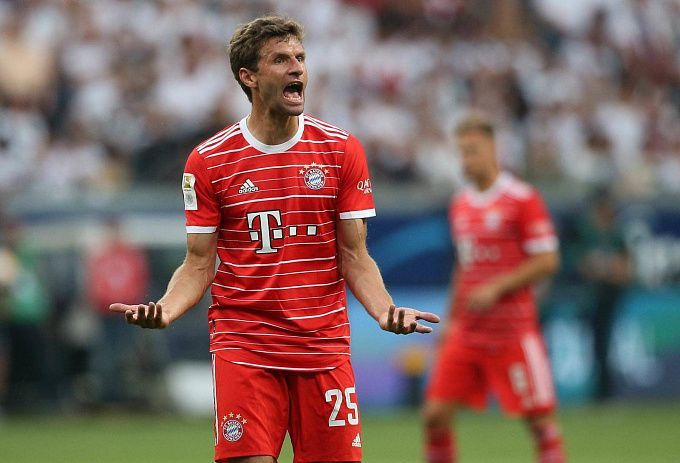 On 3 September 2022, Union Berlin will face Bayern Munich in round 5 of the German national football championship. Who will be the stronger? Check the teams’ conditions and expert betting tips. Several betting options are available!

Union is a team making more progress with each new season. At the end of last season, the capital team was already one point clear of the Champions League competitions. The Berlin side has improved in their opening campaign, as evidenced by their results. In their four meetings, the Red and Black beat Hertha, Leipzig, and Schalke (11:3 overall) and also drew 0:0 with Mainz, giving them second place in the Bundesliga standings.

Bayern suffered a significant loss last off-season when Robert Lewandowski suddenly decided to move to Barcelona. It seemed that the loss of the star forward would have enormous consequences for the reigning German champions, but there were no complications. The Reds promptly signed Sadio Mane. In the first official game of the new season, Munich beat Leipzig 5:3 in the Super Cup battle, while in the Bundesliga, they beat Eintracht Wolfsburg and Bochum by a combined score of 15:1, and there was a 1:1 draw with Borussia M.

In the early days of the encounter, Bayern was very modest against Union. This continued until the Berlin side suddenly became a contender in the Champions League. Only when the capital team improved, the Reds' attitude towards them was completely different, as they won their head-to-head encounters last season, 5:2 and 4:0. Now, the Munich side is the clear favorite. They've already missed points in the previous round, so they'll be incredibly motivated. As a result, we suggest betting on Bayern to win with a handicap (-1.5) at odds of around 1.952.

It seemed that the loss of Robert Lewandowski would be a severe problem for Bayern, but the reigning German champions had no problems with their performance. In their six official matches this season, the Munich side scored 26 goals (4.33 per game on average). Union's defense is not that bad, but they haven't played against opponents of the Reds' level yet, so Bayern's individual total over 2.5 goals at odds close to 2.04 seems to be the best option.

As we have already noted, Bayern didn't complain much about Robert Lewandowski's departure, as Sadio Mane replaced him. The 30-year-old has scored five goals in six official games this season. In such a situation, we suggest betting on a Sadio Mane goal at odds of around 2.10.