Wolfsburg vs Freiburg: Will the Wolves lose points again? 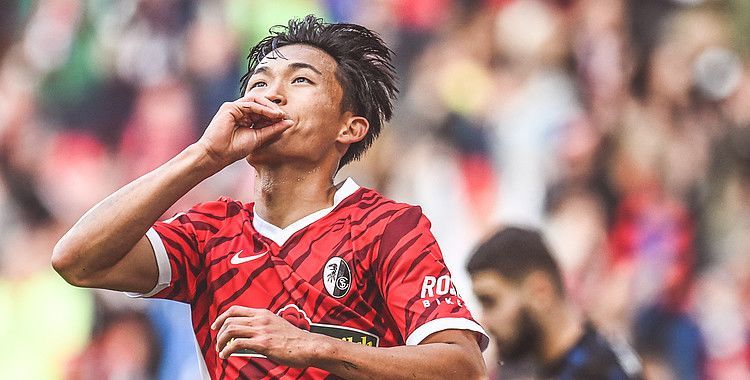 In the main game of the 9th round of the German Bundesliga, Wolfsburg will face Freiburg. It is a rather interesting and intriguing encounter, in which the favourites are the Wolves, who have had obvious problems with their recent results. That said, the field factor is not of the least importance in this clash.

Since September 11, Wolfsburg have won just one match against Hamburg, and that was a friendly. If we look at the official matches, there have been three defeats in a row: 1-3 in Salzburg, 1-3 against Mönchengladbach, and 0-2 against Union. The Wolves are not even in a slump, but the Green and White concede a lot and score very little. We would not be surprised if van Bommel ends up being one of the first sacked specialists in the current Bundesliga squad, even though his team are currently in the Eurocup zone. In this aspect, you have to understand that the Wolves scored their main points at the start of the season when this team was still more Glasner's team than van Bommel's. It seems obvious to us that this is the case.

As for Freiburg, just as it was Streich's team last season, it remains Streich's team this season as well. Freiburg have been dreaming of European competitions for a long time. Now, as it seems from the outside, such an opportunity has arisen. In any case, the southern German side has become somewhat accustomed to a quiet life. We have already forgotten when Freiburg failed to start the season and struggled for survival. Streich is perfectly able to start and bring his team to the end of the first round, if not in the Eurocup zone, then at least in the top 10. It is the same now. Freiburg are even in the top 4 and have not lost once in the official matches of the current season. And also, note that the Brazilians are very good at exploiting opponents' weaknesses and problems.

The home-field factor has been of great importance in the recent rivalry between Wolfsburg and Freiburg. However, in the upcoming meeting, we are on the guests' side, primarily because of the current tone factor. It's not that Wolfsburg are weak, the team has not changed much since last season, but the burden of responsibility has increased, the load has also increased, and van Bommel clearly cannot cope with the situation. At the same time, Freiburg play one match a week and have no problems with the squad and motivation. Moreover, the Brazilians are currently in the Champions League zone and will do everything possible to stay there. Here are the odds for this match: X2 for 1.72, Handicap 2 (0) for 2.68, W2 for 3.64.