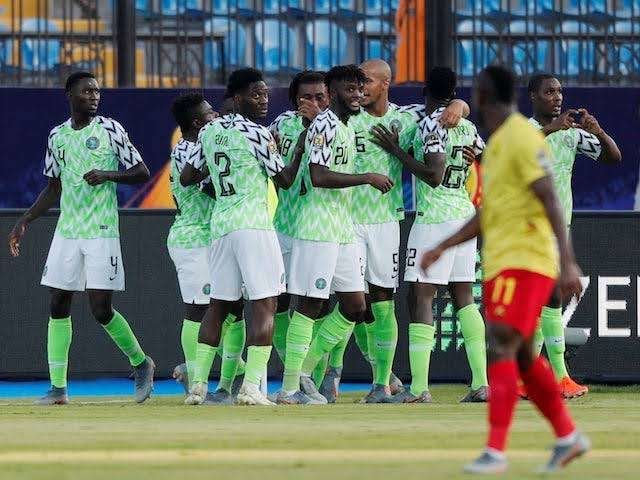 Having qualified for the round of 16, the Super Eagles of Nigeria will be looking to maintain their perfect record in this tournament as they face Guinea Bissau at the Roumde Adjia on Wednesday. Can Guinea Bissau stop the party in the Eagles camp?

The Djurtus are on the brink of bowing out if they fail to win today. They are presently third on the table with one point in two matches after a draw against Sudan and a loss against Egypt

Guinea-Bissau are ranked 106th in the world according to FIFA. Unfortunately, they won't be playing at the world cup in Qatar.

They were battered by Egypt on Saturday after a superb goal from Mohammed Salah. Djurtus held Egypt in the first half and lost concentration in the second half as the game ended 1-0 in favour of Egypt.

However, Baciro Cande's men have now failed to win in all the six matches they have played, drawing three and losing three. They head into this game without a goal in those six matches.

The Super Eagles of Nigeria are soaring high with six points in two matches. Already qualified for the next round but will hope to keep its 100% record in this tournament.

They are at the top of Group D after the win against Sudan. The three times AFCON winners scored in the 3rd minutes courtesy of Chukwu Eke before Taiwo Awoniyi doubled up the lead before halftime. Moses Simon scored in the early minutes into the second half to make it 3-0 before Ola Aina gave out a penalty and W.Khidir scored from the spot and it ended in a 3-1 win for Nigeria.

Nigeria head into this match having won four and drawn one in the last five matches they have played in recent times.

Nigeria are currently 36th in FIFA world rankings and will be competing at the World Cup tournament in Qatar.

The Super Eagles of Nigeria have been playing some beautiful football in this tournament, nonetheless, they have also been dominant over their counterparts, we expect them to continue with this fine form when they lock horns with Guinea Bissau, we expect nothing other than a win from Nigeria here for 1.72.

Guinea Bissau won't try to play defensively as they need all three points, so we suggest an over 2.5 for 2.27.