Guinea vs Gambia: We are tipping Gambia to qualify

The Gambia
Football: AFCON ROUND OF 16
Stadium: Kouekong Stadium 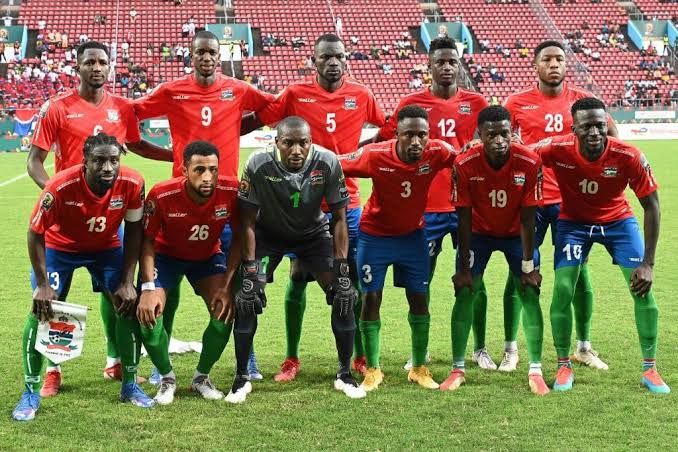 Expect drama when Guinea and Gambia rivalry at the Kouekong stadium in Baffoussam on Monday. Who is going to proceed to the last eight?

The Syli National completed the group stage as runner-up to Senegal in Group B, just a point behind Senegal and tied on point with Malawi to emerge as one of the contestants in this round.

They unwrapped the group with a 1-0 win over Malawi after Issiaga Sylla gave them the lead at halftime. The second match was also remarkable after they held Senegal to a deadlock as the match ended in 0-0 before wrapping up the group stage with a surprising defeat to Zimbabwe.

Four points were enough to hand them the round of 16 ticket.

According to FIFA, Guinea is the 81st best team in the world, however, they have won two, drew one and lost two in their last five matches in all competitions.

Despite being rated 150th in the world according to FIFA, they will be happy with themselves after three matches without losing a single game in a group that has Tunisia and Mali.

They finished second in Group F with seven points in three matches, the same point as Mali. The Scorpions started with a 1-0 win over Mauritania courtesy of Ablie Jallow goal at halftime.

This was commemorated by a late goal against Mali to secure a point where the match ended in a 1-1 draw. Musa Barrow was the man who slotted it home from the spot to cancel out Mali's Ibrahima Ikone goal.

To round it up, Gambia pulled one of the startling stunts in the tournament, as they beat Tunisia1-0 to secure three points.

Coming into this match as one of the best defensive sides, they have conceded just a goal in the group stage.

Extremely tough match, however, the bookies favours Guinea and I disagree totally. Gambia are in elevated spirit and could cause problems for any team in this tournament, we are going for a W/D for 1.67.

Both teams will play more defensively so Both halves under 1.5 wont be bad for 1.68.