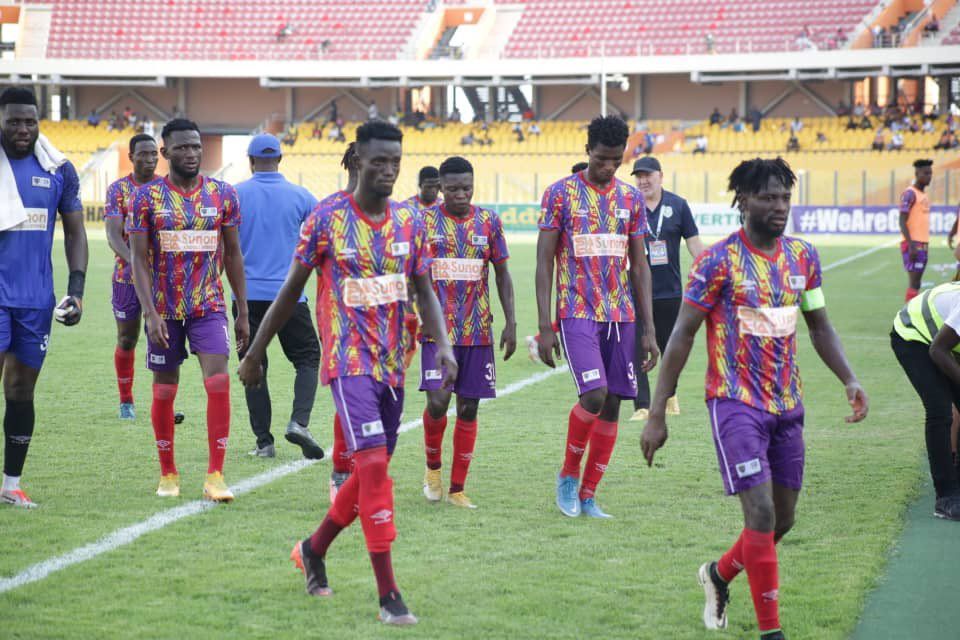 Ghanaian 2021 Premier League and Ghana, FA cup champions, will square off with Bechem United at the Baba Yara Stadium on Sunday. Although Hearts of Oak have been playing poorly in recent matches, they stand a chance to lay their hands on silverware this season later tomorrow. A quick look at our well-researched tips for your winnings.

The Phobians secured the final ticket when they defeated Dreams FC last month. Despite the Phobians being a goal down in the game's early minutes, they struck three times in the second half as the match ended in a (3-2) victory.

Much has been said about Hearts of Oak's recent lousy form, having failed to win any of their last five matches as they finished 6th on the log.

The Phobians coach stressed that injuries have contributed to their poor run of games and promised to revive the season by winning the MTN FA Cup for the second time in a row.

The Hunters will be pleased with their league position as they finished third on the log. They are presented with another opportunity to participate in the CAF Confederation tournament next season.

They head into this match on the back of a win against Aduana Stars in the quarter-finals; two goals at halftime were enough to match them with the Phobians.

Bechem United coach Mingle, in his press conference, said, “ We won’t write them off as a result of their poor run of form currently. Hearts of Oak are no pushovers. Surely, we are winning on Sunday, so I will urge all fans of Bechem to come to the stadium and support us to lift the trophy.”

This match promises to be fierce as both teams are saddled with the chance of playing in the continental tournament next season. Bechem United and Hearts of Oak have drawn both games in the league this season.

It's going to be a tight contest between both teams, and the best available option here is a share of the spoils for 3.05.

Hearts of Oak have not been fantastic in recent times; however, they are experienced in this tournament and will draw motivation from last year's triumph to see off an adamant Bechem United side. Bet on halftime draw for 1.85.