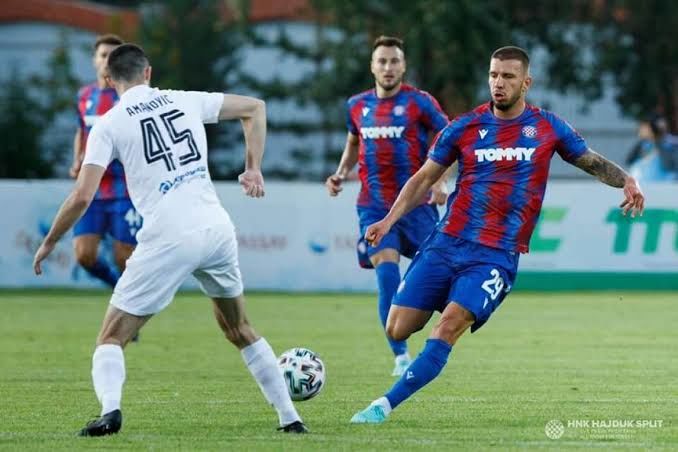 NK Lokomotiva plays Hajduk Split at Stadion Poljud in Split on Matchday 6 of the HNL league.

And with both teams coming off losses in their previous matches as they look to get back on track and maintain their form, only one side will emerge victorious.

They now have a two goal deficit to close for their second leg return if they wish to stay in the competition after losing 4-2 to Villareal in their first leg of the European Conference League Play-Offs.

As they pursue for a win the HNL League, they have a lot on their plate, and trying to balance their attention between the Croatian league and the European tournament is quite challenging.

They lost 4-1 to Dinamo Zagreb on the road, which resulted in a minor slip from second place in the rankings to third place, where they currently reside with 6 points.

This was their first loss on the road after winning their first two matches in a row. With only three games played, it is difficult to predict their form because they have done everything possible to keep up a steady form.

With the season still in its early stages, the visitors are already in first place in terms of goals surrendered, with a total of 10, a negative image for a team looking to start the new season with a clean slate.

Due to their defensive weaknesses, they have paid a relatively high price as they have lost three of their previous five games, placing Hajduk Split above them in the rankings with a goal differential difference that separates them only on points.

In their most recent game against HNK Gorica, they came up short, losing 3-2 on the road due to poor defence, which allowed the opposition to score three goals in just 18 minutes of the second half while holding a one-goal lead.

HNK Hajduk Split has won 27 of their last 49 meetings, while NK Lokomotiva Zagreb has won 9 and there have been 13 draws.

HNK Hajduk Split might be feeling worn out after losing to Villareal 4-2 and there might be changes to their bench as I don't think they'll want to use up all of their starters from that game and risk being eliminated from the competition for their return in the second leg.

The visitors are a team that doesn't seem promising because they are frequently unpredictable, but they are unquestionably a team that excels at bouncing back when tested, and I foresee a similar situation in this match as they will be aiming for a victory to leap right over HNK Hajduk Split and overthrow them in their third place position.

Both teams' defenses are weak, so this could be a game where both teams score. The goals could come early in the first half or late in the second, but either way, there will be plenty of goals in this game