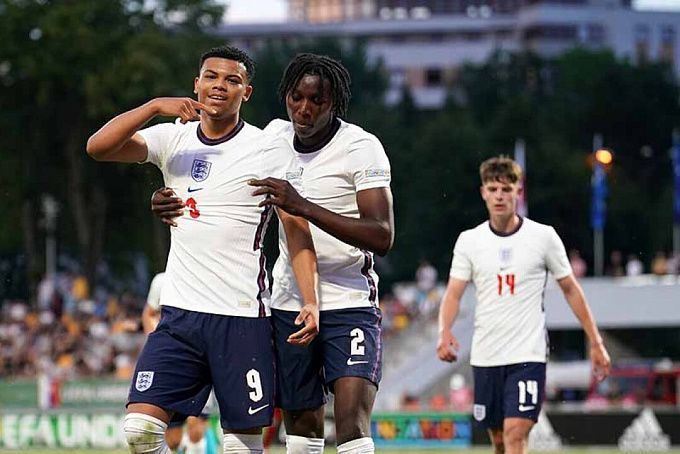 Anton Malatinský Stadium in Trnava will host the UEFA Under-19 final, with teams of England and Israel facing off on July 1, 21:00 (UTC+3).

Israel national under-19 football team didn't do anything spectacular before this championship. Only once in their history have they reached the finals of the continental championship, and even then in the group stage, they lost all three games, not making it to the playoffs. But at the second attempt, the Israelis not only scored the first points and got their first win, but also advanced to the semifinals. It seemed that in the match against the French team Ofir Haim's players would be punching bags, but in fact, they began to create chances on the counterattack time and again, and then slammed the main tournament favorite 2-1, reaching the finals.

England national under-19 football team brings a strong name to the continental championships almost every year, but only once have they managed to get to the champion's title. At Euro 2022, Three Lions have a great chance to get to the trophy for the second time. In the group stage of the tournament, Ian Foster's players beat Austrians, Serbs, and Israelis with a total score of 7-0. The first real challenge for the English was in the semifinals against the Italians, when they conceded the first goal, but after the break they not only managed to come back but even snatched a victory in regulation time, 2-1.

The teams have only played one head-to-head encounter in their history. It took place less than a week ago when England beat Israel 1-0 in the group stage of the UEFA Under-19 Championship.

Teams Israel and England have already faced off recently when the British got a narrow win (1-0). It is important to note that in that game Three Lions played reserve because they have already ensured themselves a semifinal entry from first place. For the Israelis, though, the result was of utmost importance. Now both teams will be motivated, and Ian Foster will field a much more competitive squad for the final battle, which will reduce the chances of the Israelis to a minimum. You can bet on England's victory with a handicap (-1.5) for odds of about 2.15 at 22bet.

England national under-19 football team at Euro 2022 has already played four matches, conceding only one goal. It was also not supposed to happen, but Brooke Norton-Caffey suddenly decided to grab a penalty in an innocuous situation. There's a good chance the English defense will be even tougher now. After all, there's a trophy on the line. In the first encounter between the rivals, which took place less than a week ago, the Israelis could only manage one shot on goal against the English. On this basis, the optimal betting option seems to be Israel's Individual Total Under 0.5 goals at odds close to 2.00 at Bet365.

There is no doubt that the coaching staff of England looked at how the Israelis played in the semifinals, so they will try not to make the same mistakes as the French did. Then the three-colored team acted floppy at the beginning of the confrontation, assuming that they are still stronger and will get their way. However, the Israelis have decided otherwise, sending the favorite to rest. Now Three Lions will be in the role of the favorite, for which it will be important to spend the first moments of the game as actively as possible to get an advantage in the score. In such a situation we should consider a bet on the fact that the first goal in the match will take place from 1 to 26 minutes with the odds about 1.90 at 1xbet.