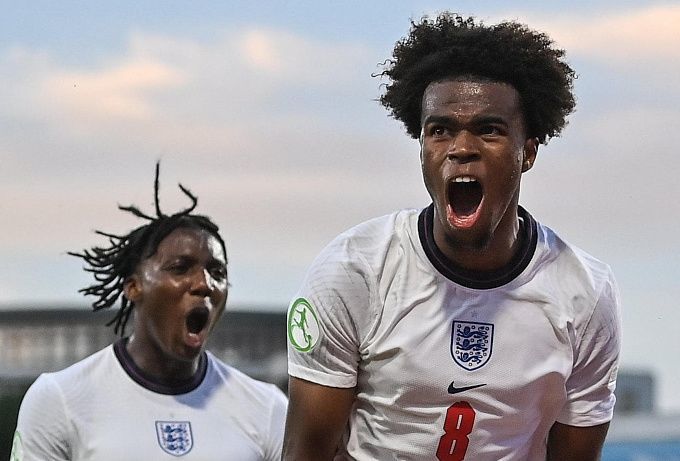 On 25 June 2022, Israel will face England in the third round of the European Youth Championship. Check the team conditions and choose several betting options.

The Israeli youth team is a team that very rarely makes it to the finals of major international tournaments. In fact, Euro 2022 is only the second time in their history that they have played in a major international tournament. Previously, they only played in the continental championships in 2014, when they lost all three games with a combined score of 1:8, so they were quick to quit the tournament. The European competition was much more successful for them, as they first shared points with Serbia at 2:2 and then beat Austria at 4:2 to sit in second place.

The England team is the first team from Group B to qualify for the semi-finals of Euro 2022. They were initially regarded as the main favorites in this quartet, but the level of the other squads is much lower. Furthermore, the team, following the example of their seniors, plays very pragmatic and defensive football. In the tournament's first game, the English beat the Austrians (2:0) and then crushed the Serbs (4:0). For the first place in the group, England only need not lose in the third round, but it is unlikely they will play for a draw.

England and Israel currently occupy the top two places in Group B, with the English having already guaranteed themselves a playoff place. The Israelis are still not, although they are very close to it. In the final round, it would be desirable for them not to lose too seriously. It is doubtful that Ian Foster's side, who are on the verge of beating everyone they meet at Euro-2022, will be too concerned about that fact, so we suggest betting on England to win with a handicap (-1,5) at the odds of around 2.375.

The Israeli team is playing surprisingly well at UEFA EURO 2022. In their two previous matches, they have already scored six goals (3.00 average per game), which is very respectable for a team that was regarded as the underdog in the quartet. There's a good chance they won't be able to continue their scoring form in the third round since the English defense is near-perfect. They have conceded just two goals (0.18 goals per game on average) in their last 11 official meetings. With this in mind, we suggest betting on an individual total 1 under 0.5 for 2.47.

Carney Chukwuemeka is becoming a real leader of the England youth team. He was also very productive during qualifying, scoring three goals and one assist in six games, but he's even brighter in the final part of the competition. In each of the previous two games, he scored himself and assisted once more. So, we suggest betting on Carney Chukwuemeka's goal for 3.2.