AC Milan vs Udinese: the opponents to exchange goals for the 5th time in a row 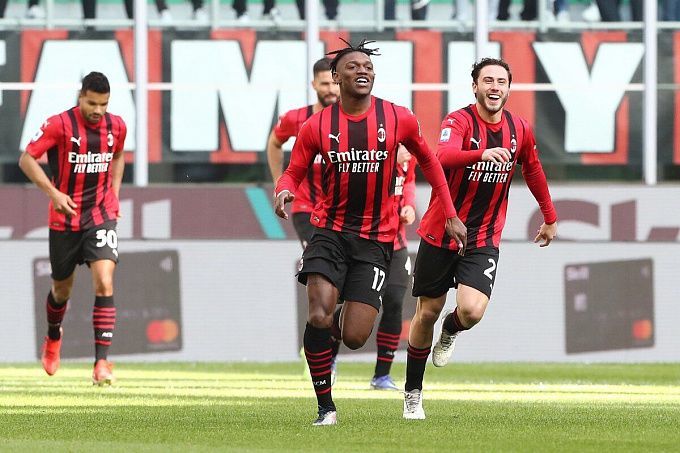 AC Milan will take on Udinese in round 27 of Serie A. Who will be stronger? Let's break down the teams' form and see what's best to bet on. We've got several options to choose from!

Before this round starts, Milan is the closest to the Scudetto. Now the leading Rossoneri side has 56 points, while the second-placed Inter has 54. However, the Nerazzurri have a game in hand, so Milan must not lose points. Especially after a misfire in the last round, when they failed to beat Serie A underdog Salernitana (2-2). Prior to that, the team beat Sampdoria 1-0.

It goes without saying that Udinese have a more modest task – to keep their place in the elite. Currently, the Little Zebras are sitting 16th in the standings with 25 points under their belt, just three points ahead of the danger zone. After beating Torino 2-0, Udinese were defeated by Verona 0-4 but they played well in the previous round, drawin 1-1 with Lazio.

It is clear that Milan will be extremely motivated after drawing with Salernitana. In addition, a second straight loss of points will noticeably reduce their chances for the Scudetto. But Udinese should not be written off – the team is pretty tough and can easily impose themselves on anyone. In general, we do not risk to look at the outcome. We'd rather note that the opponents have scored in their last four matchups. What's stopping them from doing it now? We expect goals and a high-scoring match in general.