Atalanta vs Cagliari Calcio: The Black and Blues will retain their place in the Champions League zone 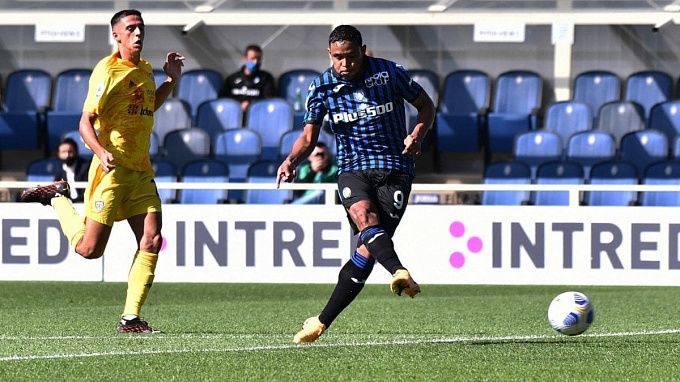 Sunday's 24th round of the Italian championship will open with a match in Bergamo, where Atalanta will play host to Cagliari. Will Gian Piero Gasperini's side manage to win? Check the team conditions and choose several betting options.

Gian Piero Gasperini's team should benefit from the pause. Before that, Atalanta's performance suffered a significant setback. In the last five rounds, the team have just one win. Atalanta lost on home soil to Roma, drew with Inter and Lazio and could not even beat Genoa 0:0.

The unfortunate stretch had a negative impact on Bergamo's tournament prospects. The side that was considered by many to be fighting for the Scudetto is sitting in 4th place in the standings, only one point ahead of Juventus who are currently 5th. It's not long before Atalanta lose their place in the Champions League zone.

Under Walter Mazzarri, the team from Sardinia are expected to have made some progress. Cagliari are coming into the match against Atalanta with a good series. They have lost only once in the last four rounds. The team lost to Roma, but managed to beat Sampdoria and Bologna and also played a draw at home to Fiorentina.

Thanks to their recent success, Cagliari is now very close to being out of the relegation zone. The Islanders are 18th, but just one point behind the 17th currently ranked Venice.

Not only should Atalanta benefit from a pause in the league season, but also the return to action after injuries of forwards Luis Muriel and Duvan Zapata. Cagliari won't be able to rely on their leading scorer Joao Pedro in the upcoming game, which of course, will significantly reduce the Sardinians' attacking potential. By all accounts, the Black and Blues will pick up three points here.