Atalanta vs Juventus: Turin has a Great Chance to Avenge the First Round Loss 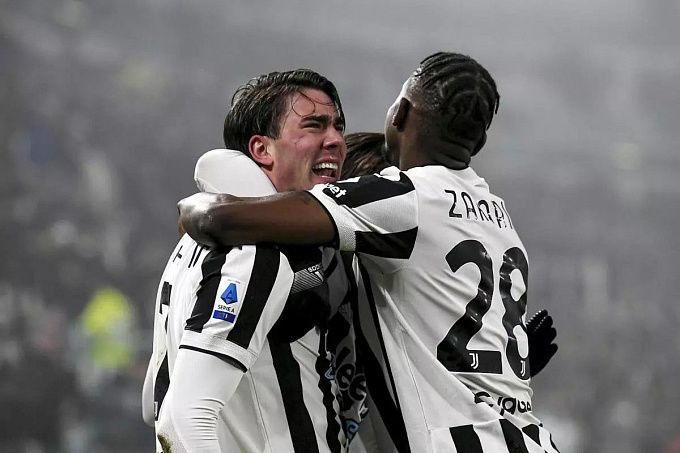 The central match of Sunday's program within the Italian championship will take place in Bergamo. Atalanta will host Juventus. Will the Bergamas manage to beat the Turin club for the second time this season? Let's choose several options for betting.

Bergamo can't regain stability for two months. Moreover, Atalanta had only three wins in 10 games during this period. Hardly such a result befits the seasoned club that Bergamo has become in recent years, at least on a national scale.

Perhaps the reason is the changes in preparation for the season. The dynamics of Atalanta's physical condition seem to be somewhat different than in past seasons. The team had a weak start, then speeded up for the Champions League group stage, and after its end, the momentum slowed down. The players' condition should improve now, by the start of the European playoffs. Although the last two games did not get hopes up - alternately, Atalanta lost to Cagliari 1:2 in the championship and Fiorentina 2:3 in the Italian Cup quarterfinals at home.

Juventus Made the Right Decision

Two games are not enough to conclude. There is reason to believe that Juventus were right to offer Fiorentina €70 million for Dusan Vlahovic. In the first game, the Serbian scored his 18th goal to bring Juve to a 2:0 win over Verona. The other Bianconeri newcomer, Denis Zakaria, shot the game's second goal. Juventus didn't spend much on the transfer market, with Kulusevski and Bentancourt making up for Vlahovic's arrival at Tottenham.

After beating Verona, Juventus defeated Sassuolo 2:1 at home this week. Vlahovic failed to score, but Paulo Dybala did, and the Serbian's appearance can also serve him well, at least in terms of motivation. From a playing point of view, the situation for Juventus is encouraging. If Turin can continue to score two goals per game, they will almost always win, taking into account the excellent organization of the game in defense. At one time, Juve of coach Allegri made the Champions League playoffs, conceding only one goal in the semifinals. So even an average of 1.5 goals per game is enough for Allegri's team to win consistently.

Atalanta's poor physical condition appears to have been accompanied by psychological problems. Having tried its fortune in the Champions League, the team failed, scoring only one point in the last two rounds of the group against Switzerland's Young Boys and Villarreal and leaving Europe's top tournament. The plume of that fiasco is still with the Bergamas - unfamiliar zero draws and the increasing frequency of losses to inferior opponents.

Juventus have an excellent chance to avenge their first-round loss to Bergamо. Massimiliano Allegri's squad has not lost since November 27, the home match with Atalanta. After Juve's top scorer of the current championship, Dušan Vlahović joins, Turin has more reason to solve their primary playing problem - converting chances.