Atalanta vs Napoli: the Visiting Team to Consolidate Their Position in the Championship Race 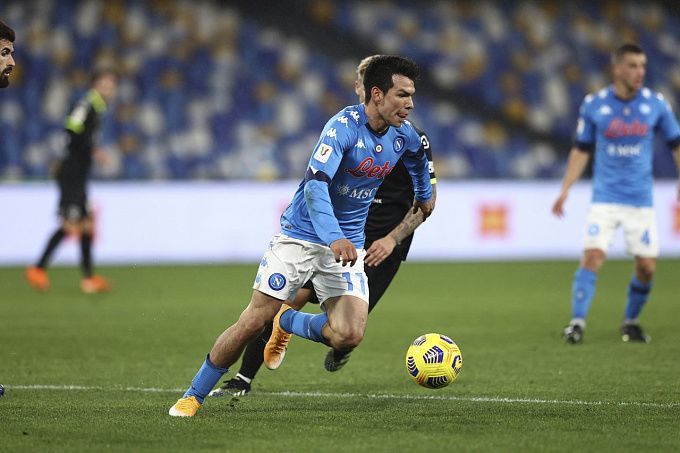 If the round 31 of Serie A did not include the Italian derby, the match between Atalanta and Napoli could be unequivocally considered the weekend centerpiece . Who will win in Bergamo? Let's choose several options for betting.

Atalanta Focuses on the Europa League

The main games in March for Atalanta should be regarded the duels against Bayer Leverkusen in the UEL last 16. Bergamasca outplayed the German team twice, 3:2 at home and 1:0 away, and reached the European Cup quarterfinals. Atalanta's opponent for the next stage will be another German club - Leipzig.

Having been involved in international battles, Atalanta have missed a lot in the championship. Gian Piero Gasperini's squad could not withstand the onslaught of Juventus, dropped out of the top-4, Champions League zone being 8 points behind Turin.

Napoli's Already Out of European Cups

Napoli, unlike Bergamo, bid farewell to the Europa League as early as the last 32. Napoli failed to oppose Barcelona and left the tournament. So, apart from the national championship, Luciano Spalletti's team have nothing else to work on. Even though Napoli's prospects in Serie A are no match for Atalanta. Right now, Napoli are among the Scudetto contenders - sitting in second place and just three points behind AC Milan, the leader in the standings.

Atalanta has been playing well against Napoli in recent seasons. However, we doubt that Bergamasca will maintain this trend in the upcoming game. The Neapolitans are hoping to clinch the title this season, they are only three points behind first place. The team can hardly justify the loss in the match against the sixth team in the championship at the moment. In addition, Atalanta still have not solved the problems in the attack because of the injury of Duvan Zapata. At the same time, Napoli remains the best defensive team in Serie A. Our prediction is that Napoli will be closer to victory.