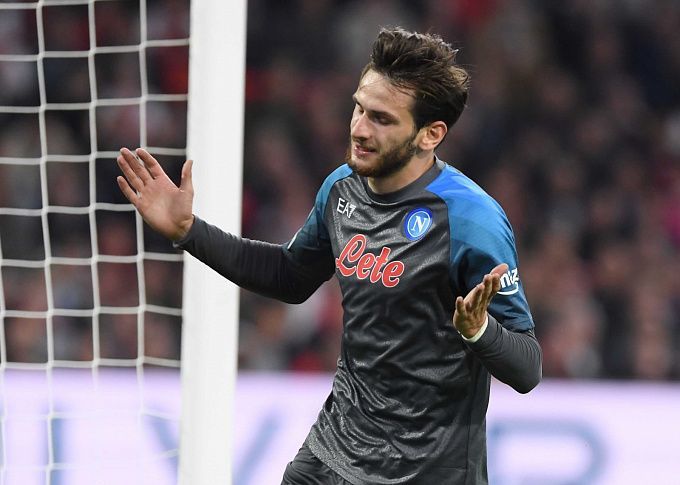 On Matchday 13 of the Italian Championship, Atalanta will face Napoli at home. The Bergamas are currently five points behind the Serie A leaders. The home side will have to contain the league's best attack and break their winning streak of eight games.

In the last four rounds, Atalanta has lost five points, which now forms the gap to Napoli. The Bergama drew 2:2 away to Udinese and lost 0:2 away to Lazio. Empoli was their last opponent. The away side returned to winning ways in the Italian league by scoring two unanswered goals. At the moment, Atalanta has 27 points.

The Neapolitans have been good this Serie A season under Luciano Spalletti. On Matchday 12, Napoli met with no opposition from Sassuolo. In that encounter, the team scored four unanswered goals. Thus, they haven't lost a point for the eighth match in a row. Napoli is confidently leading the Italian league standings with 32 points.

The Neapolitans have time to travel to England to visit Liverpool at Anfield. The game in the final leg of the Champions League group stage ended in a 0:2 defeat for Spalletti's side. However, it is worth highlighting that the Neapolitans' mentor gave some key players a rest. There is no doubt that Napoli's leaders will be ready to show their best qualities on the road against Atalanta. In the previous campaign, the Neapolitans beat their opponents in Bergamo; Napoli looks favorable to the hosts at this stage of the season. We expect the Italian league leaders to continue their winning streak.