Atalanta vs Verona: Bergamasca Needs a Win Using Only Their Will 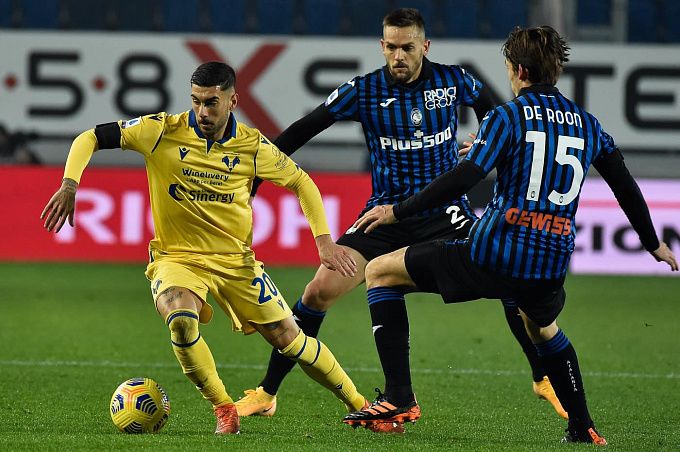 Atalanta lost their chance to qualify for the Champions League, losing in the UEL to German Leipzig. Bergamasca have only the championship left, in the next round of which they will host Verona. Will they manage to win? We choose several options for betting.

On Thursday Gian Piero Gasperini's team was completely unable to oppose Leipzig, losing 0:2. After a 1:1 draw in Germany, the result was fatal for Bergamo. Atalanta dropped out of the Europa League, missing the opportunity to win the prestigious trophy and thus qualify for the next UCL.

Bergamas' stake on the Europa League did not pay off. Meanwhile, in the championship, they have already missed too much. On the previous two rounds Atalanta fell to Sassuolo (1:2) and Napoli (1:3), and by round 33 they are in 8th place in Serie A, 12 points behind the top-4.

Igor Tudor's team is having a great season. During the championship, Verona managed to beat Juventus, Lazio, and Roma. At the end of 32 rounds, they occupy a respectable 10th place in the standings. It is unlikely that Verona will drop any lower before the end. But they could move up 1:2 places.

On the last matchday, the Mastiffs battled away with Inter but failed to earn any points at Giuseppe Meazza. 0:2 - the Nerazzurri sent two goals into Verona's net twice in the middle of the first half. Nicolo Barella and Edin Dzeko scored.

Atalanta has nowhere to fall back to after being eliminated from the Europa League. Either Gian Piero Gasperini's team will make up for lost ground at the championship finish, or we can officially record Bergamasca's failure in the 2021/22 season. Despite their increased motivation, stopping Verons's super-offense will be extremely difficult. Verona has already scored 56 goals in the current championship and will surely shoot in the upcoming game as well. Atalanta will also probably score, but will they win? That's not a certainty. Prediction: both to score.