Bologna vs Spezia: The opponents will exchange goals 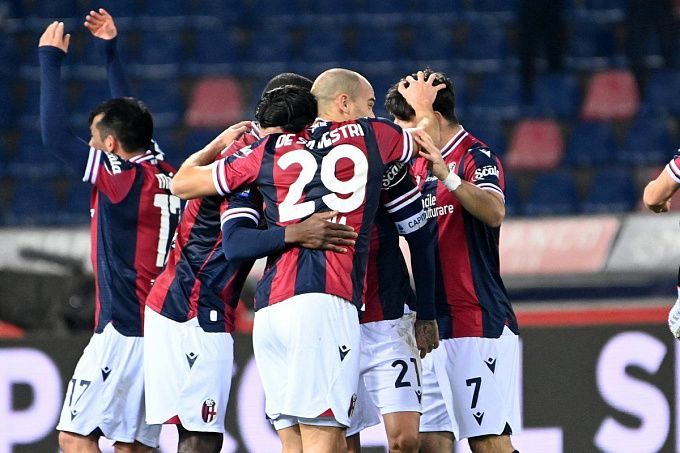 Bologna will take on Spezia in round 26 of the Italian Serie A. Who will manage to earn three points? Let’s break down the opponents’ form & see what’s best to bet on. There are several options to consider!

Bologna is in terrible condition – seven defeats in their last nine matches. They only managed to beat Sassuolo 3-0 at the end of December and also scored a 0-0 draw with Empoli the round before last. Last weekend, however, Bologna took a similar beating, this time at the hands of Lazio (0-3). Sinisa Mihajlovic's team are 13th in the table with 28 points, seven points ahead of the relegation zone.

Spezia, in turn, has picked up some decent momentum of late. After three wins in a row (one of which, by the way, over AC Milan) Thiago Motta's team played out a draw with Salernitana (2-2) and in the last matchday they lost to Fiorentina, very disappointingly conceding the second goal in the end (1-2). Thus, Spezia are 14th in the standings with 26 points.

We won't pick a favorite in this encounter – the guests are on fire, but the hosts can easily stop them with their class. It is better to note that Spezia have been scoring very well lately, and Bologna should at least once upset the opponent at home. We think that there will be an exchange of goals & usual Total Over.