Content
To top
1.
Cagliari is the One Fighting for Survival
2.
Napoli to Come to Sardinia
3.
Expert Betting Tips
Users' Choice
858 200 USD

Cagliari vs Napoli: the Neapolitans to Fight Hard for Win in Sardinia 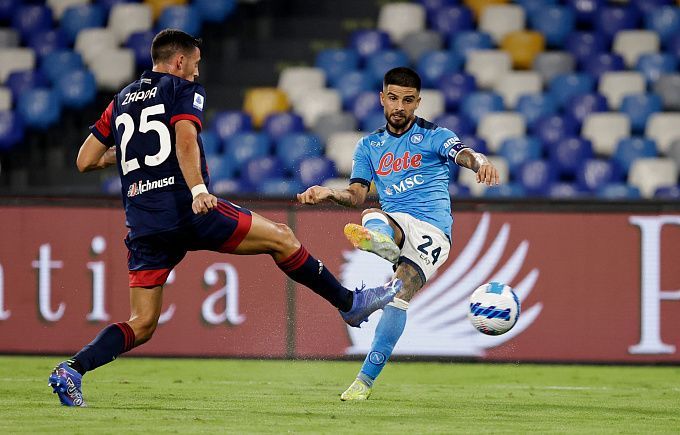 In one of the two matches on Monday of the 26th round of the Italian championship, Napoli of Luciano Spaletti will play away with Cagliari of Walter Mazzarri. Who will be the stronger? We will choose several options for betting.

Cagliari is the One Fighting for Survival

The team from Sardinia comes 18th place in the Serie A standings, in the relegation zone. However, based on how Cagliari has performed lately, the team cannot be ranked as the underdogs. The Sardinians are only one point away from the safe 17th place. There is Venezia, which does not look any more stable than Cagliari. Do not write off as the relegation candidates Spezia and Udinese, from which Cagliari is 5 points behind.

Last time Cagliari got a draw from Empoli with a goal on 84 minutes by Leonardo Pavoletti. Walter Mazzarri's team has not lost for three tours, and in the championship six games, they failed only once - 3 wins, including an away victory over Atalanta and 2 draws.

Napoli to Come to Sardinia

If Cagliari had its match a week ago, Napoli played last Thursday against Barcelona. Luciano Spalletti's team stood the test with dignity, completing the first leg of the final 32 Europa League 1:1. Napoli midfielder Piotr Zieliński opened the scoring midway through the first half, but the Catalans responded with a penalty in the second half. Not a bad result for Napoli.

Napoli had no less severe opponent than Barcelona in the past round of the Italian championship: it hosted Inter. The match also ended at 1:1. Napoli also shot in the first half, and the opponent responded in the second. The southerners failed to beat the Nerazzurri in the standings and remained third. Napoli is three points behind the first line.

Within the championship, Cagliari has made significant progress. In recent years the team rarely loses, improving their chances of retaining their place in Serie A. Walter Mazzarri's squad will hardly win over Napoli, but to put up a fight and get a draw is a real prospect. We're betting on a tie here. Napoli just three days ago played in Barcelona and is not 100% ready to score. Cagliari is unlikely to manage some shots, as they will defend the entire match. The prediction is Napoli not to lose in a tie game.