Content
To top
1.
Empoli had another away win
2.
Bologna failed to make up for their 1-6 loss
3.
Injuries and suspensions
4.
Head-to-head encounters
5.
Expert Betting Tips
Users' Choice
12 200 USD

Empoli vs Bologna: The two teams to share points 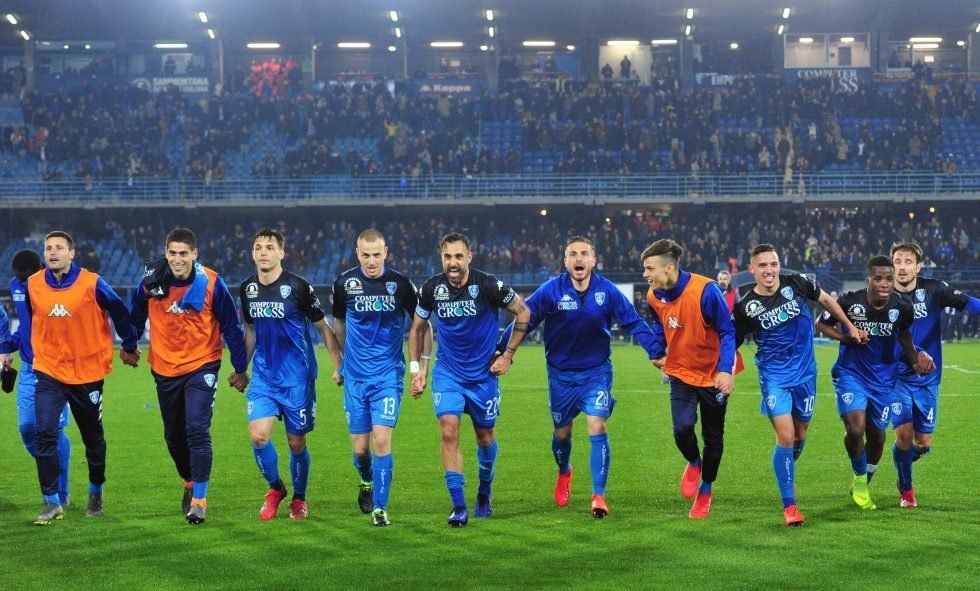 Another Sunday match in Serie A will be between Empoli and Bologna. Who will win in the battle of mid-tier teams? There are several options to consider.

Empoli had another away win

So far the Blues have only won away matches in this league. Aurelio Andreazzoli's side beat Juventus by a narrow margin in Turin in a memorable second-round match, and last Wednesday they added to this historic success with a great 2-0 victory over Cagliari. This allowed Empoli to immediately climb to 10th place in the standings.

Interestingly, Empoli has only won away, with all the losses at home. By round 5 they had suffered three defeats: 1-3 by Lazio, 1-2 by Venice and 0-3 at the hands of Sampdoria.

Bologna failed to make up for their 1-6 loss

The Red and Blues fell monstrously in round 4 in Milan, losing 1-6 to Inter. So last Tuesday, in round 5, they probably dreamed of making up for it in a game with Genoa. By minute 85 the dream seemed about to come true - Marko Arnautovic converted a penalty and put his team ahead. But after a couple of minutes, Bologna brought a penalty inside their own goal. 2-2: the team of Siniša Mihajlović gave away the match already won.

Yes, Genoa failed to beat them, but in general, it's hard to reproach Bologna for anything at the start of the season. The fact is that 1-6 from Inter, no matter how monstrous they were, is the only defeat for the team in the new championship. 2 draws, 2 wins, 8 points, and 8th place in the standings - is it that bad?

The last time the opponents met was in the 2018/19 Serie A season when they exchanged home victories.

The teams of coaches Andreazzoli and Mihajlović are strong and balanced, which has already been confirmed more than once in the current season. It's very possible that their head-to-head encounter will end in a draw. At some point, Empoli should get their first points on the home field, right? In addition, it is worth betting on goals. The last three matches between the opponents ended with both of them scoring.