Empoli vs Cagliari: Walter Mazzarri’s Islanders to move away from the relegation zone 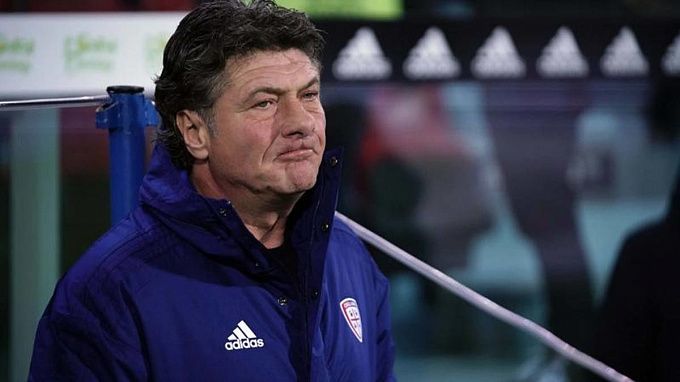 Cagliari played some great matches and got out of the relegation zone. Walter Mazzari's team will play the next game away against Empoli. Will the Sardinians show their best qualities again? We'll choose a few options to bet on.

Empoli have slowed down

In the previous round, Aurelio Andreazzoli's team faced Bologna on the road. The opponents took full responsibility for their 2-4 loss to Empoli in the first leg and tried their best to shut down the Blues' offense. And they succeeded in doing so, preventing Empoli from netting their goal. Still, Bologna didn't manage to score either - 0-0.

A draw in Bologna extended the Blues' winless streak. Empoli hasn't won since December 12, with 4 draws and 3 defeats in Serie A. However, Andreazzoli's team can continue to collect draws through the round. Empoli has created a good margin from the relegation zone at the end of the first leg of the season. A 12-point handicap from the bottom three allows the Blues to feel quite comfortable.

Cagliari have improved a lot in the new year

In 2022, Valter Mazzari's team has lost only once in five matches in the Italian Serie A, winning three times. A great result, once again confirming Mazzari's status as still one of the best soccer coaches in the country.

In the last round, Cagliari created a sensation, beating Atalanta away. 2-1, as Uruguayan midfielder Gaston Pereiro notched the first double in his Italian career. Thanks to the success in Bergamo, Cagliari finally left the relegation zone. However, it is still too early to relax - Venezia is only two points behind the leader of the bottom three.

The first leg match of the current championship ended with an away win for Empoli, 2-0.

Cagliari has made significant progress in the game after the New Year break. This was to be expected immediately after the appointment of Valter Mazzari as the team's head coach. It was clear that sooner or later the legendary specialist would find the key to success. The islanders have already got out of the relegation zone, but have yet to create a comfortable handicap. Cagliari will take care of that in the upcoming game against Empoli. The opponent has been weaker lately than in the first half of the season.

Prediction: Cagliari will take revenge on Empoli for their home loss in the first leg and move away from the relegation zone.