Fiorentina vs Lazio: The Violets will require time to get over Vlahović's departure 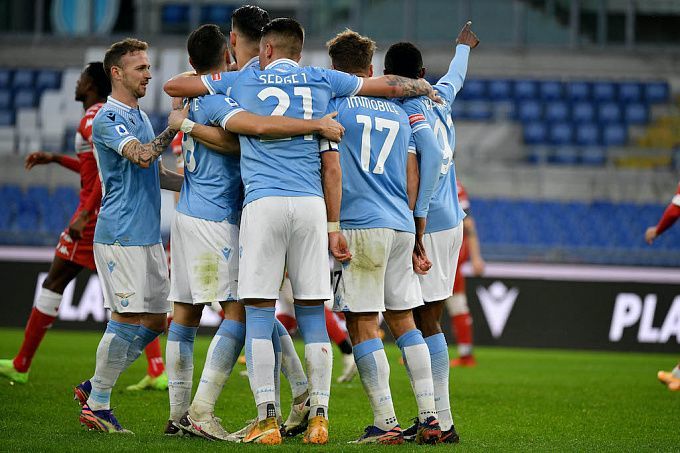 Fiorentina has lost their star player, Dušan Vlahović, to Juventus. Can the Fiorentina side cope with Lazio's renewed attacking line-up? Check the team conditions and choose several betting options.

The departure of Dušan Vlahović has a negative impact on the Florence team. Replacing the forward, who has scored more than 40 goals in 1.5 Championship appearances, will be incredibly difficult for the Fiorentina side. In place of Vlahović, Fiorentina have signed Krzysztof Piątek from Hertha Berlin and Arthur Kabral from Basel. They are undoubtedly quality forwards, but it is unlikely that they will both score more than half of the Serbian's goals.

In the previous round, Fiorentina hosted Cagliari. The match was a rehearsal of the times without Vlahovic. The Serbian was caught in a covid protocol, and Piątek was at the cutting edge of the attack. The result was disappointing for the Violets. They drew 1:1 against a team from the relegation zone. Fiorentina is still seventh in the Serie A table, but they're going to start going down soon.

Maurizio Sarri's side has not conceded in three games in a row. First, the Biancocelesti beat Salernitana 3:0 away, then they beat Udinese 1:0 in extra time at home in the Italian Cup and then drew 0:0 with Atalanta at home. Considering the difficulties the team experienced in the first half of the season in defence, that's a great result.

Lazio is still only eighth in the Serie A table, but if they succeed in Florence, they could climb to sixth, at least ahead of Roma in terms of points lost.

After building an attacking game, Maurizio Sarri has begun to develop his defence. It seems that the Romans will continue improving. Fiorentina will need time to recover from the departure of Dušan Vlahović. It's possible that they won't have enough time to recover before the end of the season.

Prediction: Lazio will be closer to victory in an unproductive game.