Genoa vs Sampdoria: Andriy Shevchenko’s Griffin cannot afford to lose the most important game of the season 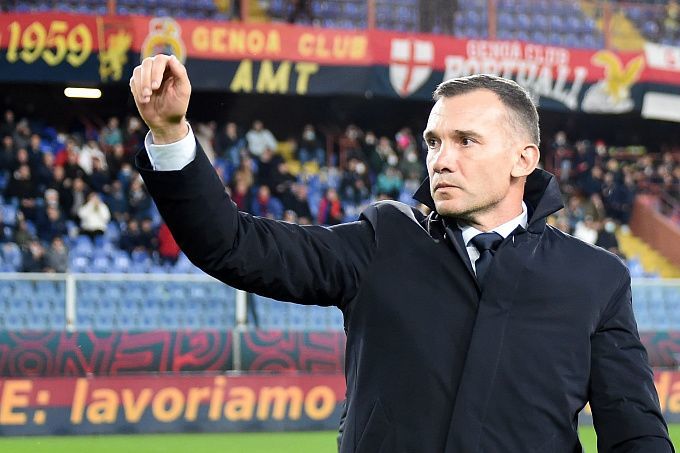 Round 17 of the Italian Serie A will open with the Genoa derby. Andriy Shevchenko's Genoa will play against Sampdoria. Will the former coach of the Ukraine national team be able to get his first victory at the head of the Griffin? Let's choose several options to bet on.

Genoa has already played four matches under Andriy Shevchenko. The result is disappointing – only 1 point in the 0-0 match against Udinese, 3 defeats and no goals scored. The Griffin are in the relegation zone, sitting second to last in the standings, and currently 2 points behind the saving 17th position.

On the previous matchday, Genoa played Juventus in Turin and lost 0-2.

Roberto D'Aversa's Sampdoria are approaching the derby in 15th place, just five points ahead of the relegation zone. Clearly, nothing is settled for Sampdoria yet. The new project under the leadership of D'Aversa, who proved himself perfectly in Parma, seems a failure.

The last match saw Sampdoria suffer another defeat. This time the Genoa team lost at home to Lazio (1-3). By the 37th minute, the Romans scored three unanswered to actually decide the game.

The opponents faced each other three times last season. The two matches in Serie A ended in a draw. The Coppa Italia match witnessed Genoa come out stronger, 3-1.

The upcoming match is the crucial one in the season for both teams. Regardless of the state Genoa and Sampdoria are in, regardless of their position and the challenges they face, a face-off is always a special event for them. The two draws of last season are not accidental. It is likely that the upcoming game will also end in a draw. The fight will be very tight.

Prediction: The teams will tie the score.


Tags:
Rating:
0
Comments (2)
Joe Ediene
User
Sandra is awesome. Keep it up
0
Japheth Makash
User
Draw alexandria mikula is my best this woman is talented in predictions please be updating us on daily basis i lyk your predictions
2