Inter Milan vs Genoa: The Nerazzurri yet to become a tight-knit team 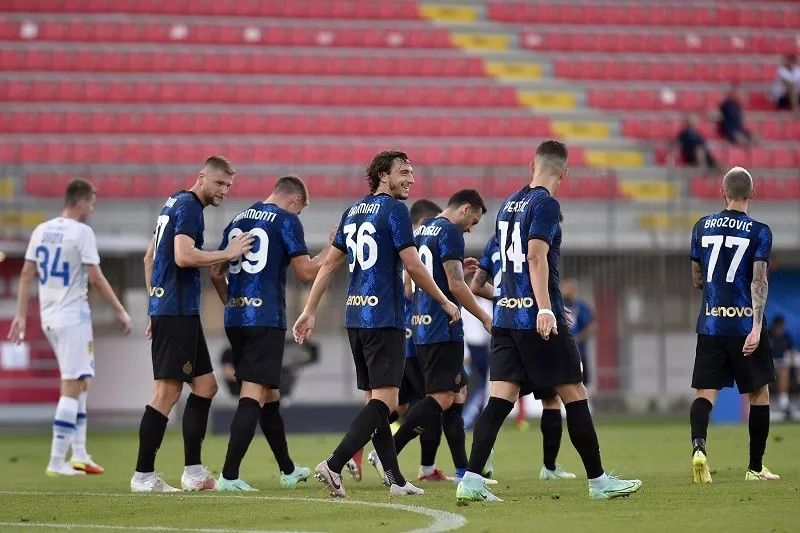 Inter Milan, champions of Italy 2021, will start the new season with a home match against Genoa and with a new coach, Simone Inzaghi, former Lazio manager, who replaced Antonio Conte at the post. Will the Nerazzurri be able to prove themselves in the first official match of the Inzaghi era? We have a few options to bet on.

It’ll be hard for Inter to defend the title

The Black and Blues’ success last season is a truly great event. Not only did Antonio Conte's team manage to overthrow Juventus, ending their title-winning streak of many years, but it was also the first Scudetto for the Milan club since 2010. Finally!

The news of the offseason can not make the fans of the legendary club happy, though. The club couldn’t afford to keep the champion coach Conte due to financial problems. On top of that, Achraf Hakimi, who had shown his best in the last championship, left the team, as they failed to pay the transfer fee. Christian Eriksen’s problems and his apparent inability to keep playing soccer has been talked about a lot already. There are also doubts about Simone Inzaghi. He's a great coach who literally transformed Lazio. However, it is still unknown how the new mentor will deal with the hardships of a larger club. By the way, Romelu Lukaku is now playing for Chelsea.

The good news is the signings of Hakan Calhanoglu and Edin Dzeko. Lautaro Martínez has not transferred anywhere yet, although there’s still a possibility that the Argentine player will sign a new contract.

The Griffins’ fans must be keeping their fingers crossed for Davide Ballardini right now. The coach came to the club in the middle of last season to stay for the new one, which is rare for the club. If Ballardini is not fired after the first series of unsuccessful matches, Genoa will be fine in the starting championship.

The Red and Blues have already had an official match. They had a tough time beating Perugia in the first round of Coppa Italia. The start of the meeting nearly became a disaster, Genoa losing 0-2 by the 10th minute. However, they pulled themselves together to score 3 times before the game ended. Suspension in Perugia was a great help, too.

Genoa’s roster remains almost the same. The only player missing is Eldor Shomurodov who is now scoring for Roma. However, there’s Hernani, the former Zenit midfielder, now in Genoa.

Inter have 6 consecutive victories over Genoa and 8 home wins in a row.

Genoa has lost to Inter many times in a row, both at home and away. However, none of the losses was in the first round! Now the Red and Blues have a great opportunity to break the terrible streak. While the Nerazzurri changed coaches in the off-season and lost a number of key players, the Griffins are well-balanced and have already got used to each other. Inter is stronger, of course, but the team from Milan needs time to get along with Simone Inzaghi, understand his views and demands. The first round is clearly not the time when the chemistry is at an appropriate level.

Prediction: Genoa is going to give Inter Milan a hard time.