Content
To top
1.
Inter had no problems in the previous match
2.
Torino have not lost in four rounds
3.
Expert Betting Tips
4.
Betting Options:
Users' Choice
12 200 USD

Internazionale Milano vs Torino: Nerazzurri will have a Tricky Time 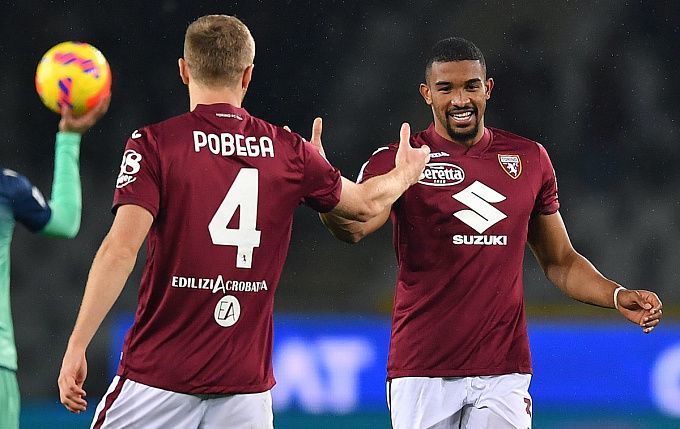 Reigning Italian champion and this season's leader has their next game at home to Torino. Will Simone Inzaghi's team pick up another win to strengthen their position?

Inter had no problems in the previous match

Last weekend, Inter went to Salerno, where they beat Salernitana very confidently (5:0). The Nerazzurri's superiority was total and there was no question about it from the start. The goals were scored by Perisic, Alexis Sanchez, Dumfries, Gagliardini and Lautaro Martinez. It was Inter's sixth straight win in Serie A.

Beating the Salernitana, the Black and Blue claimed the top spot from the first round. Inter is making a serious bid for the title this season.

Torino have not lost in four rounds

Ivan Juric's team dropped out of the Italian Cup last week, losing away to Sampdoria, but they have been performing really well in the league lately. In their previous four games, the Maroons have not lost a single game - two wins and two draws.

Last Sunday, Torino got a win over Verona with a score of 1:0. The only goal of the game was scored on 26 minutes by Tommaso Pobega. It is worth mentioning that Verona's side had to play in the minority. Torino has moved up to 10th place and is now just six points behind the top six.

The bookmakers believe that Inter will win the game. The Nerazzurri are indeed likely to win. But it is unlikely to be an easy win for Simone Inzaghi's side. Torino has never lost by more than one goal this season. They will not lose this time either. Prediction: Torino will face the reigning champions with the toughest opposition.