Content
To top
1.
Juventus' Contending for the Title
2.
Inter Has Been Losing Many Points Lately
3.
About Match
4.
Expert Betting Tips
Users' Choice
12 200 USD

Juventus vs Inter: Betting on Serie A Fixture 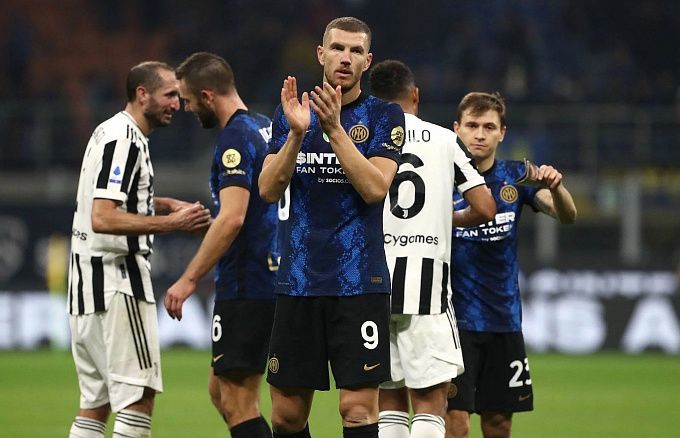 In the central match of round 31 and the entire second half of the Serie A, Juventus will host Inter. Who will be stronger and get the crucial three points? Let's choose several options for betting.

Juventus' Contending for the Title

The match against Inter is a key one for Juventus. If Massimiliano Allegri's squad manage to win, they will beat the Neradzurri and take third place ending up four points behind the top spot. There are still eight rounds until the end, and Juve's rivals are too often losing to neglect the Bianconeri in the championship race.

Juventus have not lost in Serie A since November 27 - 16 games in a row. Juve have four wins in the four rounds. Although not the strongest opponents - Empoli, Spezia, Sampdoria and Salernitana.

Inter Has Been Losing Many Points Lately

The Nerazzurri have not been well affected by the start of the Champions League playoffs. Apparently, the last 16 against Liverpool took too much physical and emotional strength from Simone Inzaghi's team. They simply did not have enough energy left for the championship. In the last six rounds Inter have only one victory - at home against Salernitana, home defeat against Sassuolo, and draws with Napoli, Genoa, Fiorentina and Torino.

A bad stretch in Serie A has made life complicated for the Black and Blues in the fight for the Scudetto. Inter occupies third place in the standings and six points behind leading AC Milan. At some stage of the season, it seemed that Inter's second title was a done deal.

The competitors met twice this season, and both times the matches ended with 1:1. First, the encounter in the first round of the national championship, and then within the Supercoppa. Although, in the second case, Inter won due to Alexis Sanchez's goal in extra time.

It is very likely that, as in the first two head-to-head games this season, we will see a few shots - two at most. Too great is the value of this game, which could have a strong impact on the final tourmanet placing. So we bet on Juventus. Their streak of 16 games without defeat is impressive. We dont believe that it will be interrupted in a home game against a stagnant Inter.

Prediction: a double chance for Juve and a total under.