Juventus vs Salernitana: the Bianconeri to Take It Out On an Outsider for UCL Loss 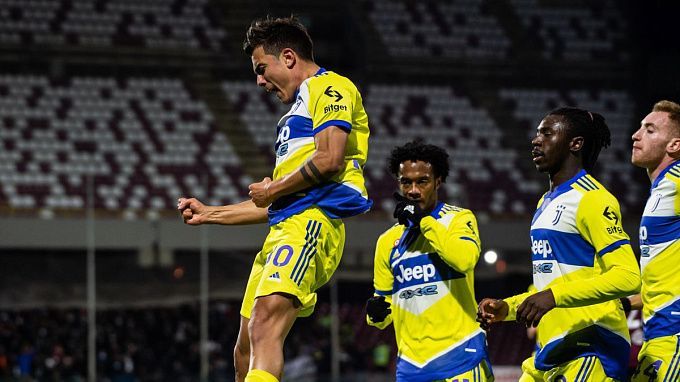 Juventus failed in the Champions League match against Villarreal. Now, the team is going to blow out the Salernitana.The Serie A underdog has absolutely no chance of success in Turin? Let's choose a few options to bet on.

The game against Villarreal revealed Juventus' weaknesses. Having lost not only Giorgio Chiellini, but also Leo Bonucci and Alex Sandro to injuries, the team could not find equivalent substitutes. Daniele Rugani made a mistake, Juve conceded a penalty and dropped out of the Champions League.

Now the Bianconeri can fully focus on the home championship. There is even a chance to fight for the Scudetto. Given the instability of the rival, the 7-point gap from the leading AC Milan does not look insurmountable for Massimiliano Allegri's team.

Even the invitation of coach Davide Nicola does not look like a guarantee for Salernitana to fight for survival. The Pomegranates are nine rounds from the end of the championship, nine points behind the safe 17th line. Although two games in reserve Cagliari (17th team) is a chance for Salerno to catch on.

Juventus have not lost in Serie A in 15 consecutive matches. The impressive streak is unlikely to be interrupted in the meeting with Salernitana. Inter recently scored five unanswered goals against the Pomegranates. Something similar will probably satisfy Juve. We can bet on the 2:0 score, which is the most common in Max Allegri's team matches in the last few years. Prediction: Juventus to win.