Lazio vs Bologna 1909: The Biancocelesti rehabilitate themselves after two defeats 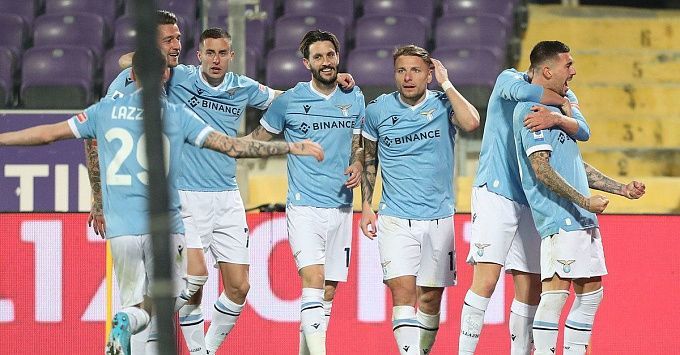 The 25th round of the Italian championship will open with a match in Rome. Lazio plays host to Bologna at the Olimpico stadium. This week, the Romans lost 0:4 away to AC Milan in the national cup quarter-finals. Can the Biancocelesti rehabilitate themselves? Check the team conditions and choose several betting options.

The Italian Cup encounter against AC Milan was a failure for Lazio. Maurizio Sarri's side, who had not conceded a goal in four games before, got four unanswered goals from the Rossoneri. By the end of the first half, the score was already 0:3. It's almost ruining the Romans' chances of continuing their fight in the tournament. The team can now entirely focus on the domestic championship.

In Serie A, Lazio isn't looking too bad. The first half of the season marked the introduction of coach Sarri and the players. In the second half, results began to appear. On the previous matchday, the team beat Fiorentina with a score of 3:0 away to move up to seventh place in the table. They are now only four points behind them in the Europa League Top Six.

As they have been known to do in recent seasons in Serie A, Bologna has been fooling around in the middle of the league season. Sinisa Mihajlovic's side seems to have accepted that they won't be able to climb higher than around 10th place. So there's little point in trying to play football. After 23 rounds, Bologna is 13th in the table, 10 points ahead of the relegation zone and 11 away from the top six.

In the previous round, the Red and Blue picked up 1 point with a draw at home to Empoli. The team seemed to have done their best to stop their opponents' excellent attack this season and completely forgot about their attack. The team has six defeats and a 3:0 away win over Sassuolo.

After a painful defeat to AC Milan, Lazio proves themselves against Bologna. The 0:4 defeat to the Rossoneri should not be overestimated. It is more like an echo of the problems experienced in the first half of the season when Maurizio Sarri's side frequently suffered significant losses on the road. There were four clean sheets before they travelled to the San Siro. The 0:3 defeat to Bologna in the first leg will be an additional factor favouring the Biancocelesti. The Romans could not afford to let the defeat remain unanswered.