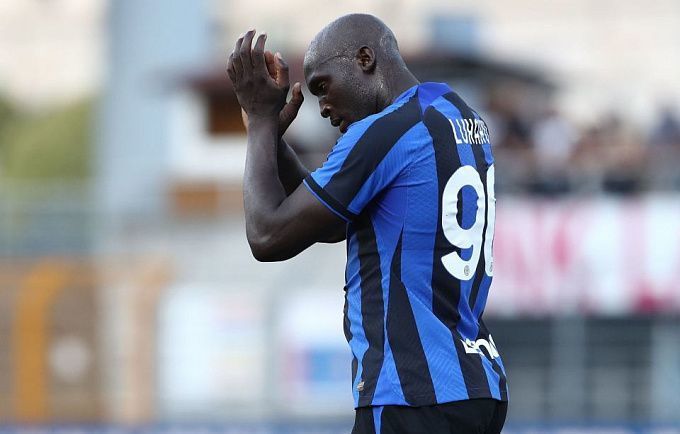 Perhaps the main favorite of the upcoming Italian championship, Inter will start the new season with an away match against Lecce. Will the Nerazzurri get an easy win? Let's choose several bets at once.

Lecce has already opened the season

Lecce is back in Serie A after a short absence and has already played the first official match of the season, losing in extra time 2-3 (1-1) to Cittadella in Coppa Italia. Unsuccessful start, which, however, may even help Lecce. Now Marco Baroni's team can fully focus on the national championship.

Inter had a great transfer campaign

Having loan to Monza on loan Stefano Sensi and letting Ivan Perisic transfer to Tottenham as a free agent, Inter bought many more serious players to their attacking lineup. First, Romelu Lukaku returned to the Nerazzurri camp, who found out that he did not want to play in England and, of course, plans to restore his reputation by playing for Inter. Secondly, Henrikh Mkhitaryan will now play for Simone Inzaghi's team. Armenia's pride apparently has not solved the disagreement with Jose Mourinho, and left Roma. Given that Edin Dzeko, Lautaro Martinez, and Joaquin Correa remain at Inter, the Milan team's attack for the new season looks killer.

The move of Ajax goalkeeper Andre Onana to the Nerazzurri is also worth mentioning. Now Inter also has two equally competent goalkeepers. Handanovic and Onana will probably swap places in different tournaments, giving Inter a chance to perform well in the Champions League.

Inter failed to win against Lecce in the last three away matches – in 2010, 2012, and 2020. In the upcoming game, however, the Nerazzurri seem to have an excellent chance of breaking this strange unlucky streak. They have strengthened in the off-season, and in the first game of the new championship, Inter's renewed super-attack will certainly be able to prove themselves, especially against, frankly, not the strongest opponent.

Prediction: a confident win for Inter in a high-scoring game.