Milan vs Cagliari: Another victory for Milan 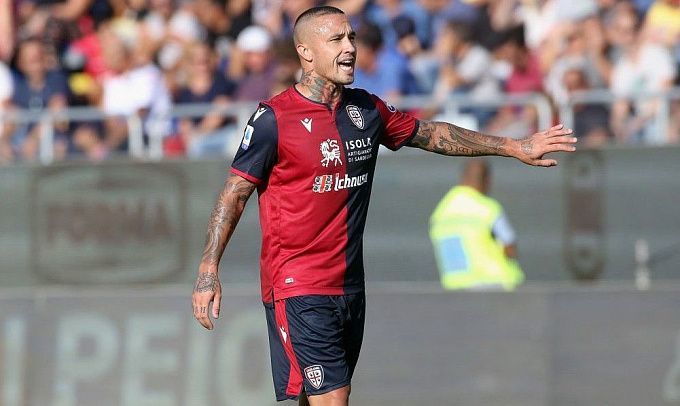 Milan, after winning two consecutive matches in Turin with a 10-0 score, will take on Cagliari. Will the magic of Piedmont turn its back on the Rossoneri this time or maybe the visitors from Sardinia will be in trouble? Let's find out what to expect from the upcoming game.

Before the match in Turn, Milan had beaten Benevento. However, celebrating this win is in a way similar to a junior player celebrating a victory in a children's tournament. Moreover, before that Milan had two defeats in a row. Stefano Pioli's team went to Piedmont, although somewhat reassured by a win against Benevento, but still with very dim prospects for the Champions League. But it's only been a week – and Milan already share 2nd place with Atalanta, and on the contrary, it's hard to believe that they will give up their position in the top 4.

What an energy boost! So much optimism in the Rossoneri's words and actions. All they had to do was beat Juventus. That 3-0 at the Allianz Stadium, which, in addition to being incredibly valuable on its own, overcame 1-3 at the San Siro Stadium, was and will be the key to Milan's further progress. Because this is a victory over Juve, whatever they are now. This team could not be surpassed for 9 years, and now finally the hegemon has been trampled, humiliated, and thrown from Olympus. The Rossoneri after Turin clearly felt involved in what could be said is their common cause.

So, 7-0 at the Stadio Olimpico against Torino is the consequence of the powerful energetic charge from the victory at the Allianz Stadium. Well, how else can we explain it? The unyielding Maroons, who under Davide Nicola almost never lose to anyone, let alone so devastating; and Milan, who were left without Zlatan and fell apart towards the end of the championship. Why else would there be 7-0, without any «accidental scores» and absolutely within the game?

No worries for Cagliari

The mid-week wasn't as exciting for the Sardinians as it was for Milan - Leonardo Semplici team played their dullest home game against Fiorentina. The result was 0-0 with 1 shot on target for both. Cagliari played well because the victory ensured them a 100% chance to stay in Serie A. However, a draw is also a great result, as it extended their unbeaten streak to 6 matches in a row and increased the lead of the Islanders from the relegation zone to 5 points. This is a safe handicap, because for the departure Cagliari now not only need to lose 2 games, but also Benevento to win 2 games, and Torino and La Spezia to win 1 out of 2, which is even more incredible because they play each other. All in all, some crazy circumstance.

Milan had won 3 very different matches in terms of scenario, degree of importance, nevertheless, they all have a common component - 0 conceded goals. For a long time, the Rossoneri have not conceded to Cagliari either - since 2018. And why should the series be broken now? Prediction - Milan, of course, will not score 7 goals again, or even 4, but will outplay Cagliari confidently and calmly, thus officially becoming a member of the future Champions League.