Milan vs Napoli: the Rossoneri will not win without Simon Kjaer 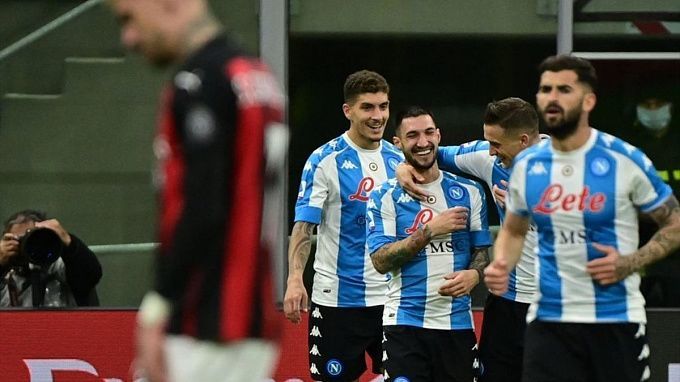 The central match of the Serie A round 18 will take place on Sunday evening. At the San Siro stadium, AC Milan will host Napoli. Will Zlatan Ibrahimovic's Rossoneri be able to outplay the team coached by Luciano Spalletti? Let's choose several options to bet on.

Milan can fully focus on the championship

In the previous round, the Rossoneri could have lost. Stefano Pioli's team were on a visit to Udine after a home defeat by Liverpool in the Champions League that led to their relegation. The European Cup meeting took too much effort from AC Milan and they almost lost. Zlatan Ibrahimovic saved the Red and Blacks. The Swede scored in Udine for the second year in a row with a drop-kick at the end of the game. 1-1, as Ibrahimovic's Milan failed to retain the top spot in the standings. Still, the gap with Inter is only 1 point. The Rossoneri remain one of the main contenders for the Scudetto. Fortunately, the team did not qualify for the Spring and can now fully focus on the domestic championship.

Milan came into the post-European match exhausted, and Napoli had too much energy spent in their Europa League encounter with Leicester. As a result, having beaten the Brits and secured second place in their UEFA Champions League group, Luciano Spalletti's side failed to beat Empoli at home in Serie A. 0-1, with the only goal scored against the Neapolitans midway through the second half.

The defeat at the hands of Empoli was the second in a row for Napoli. One round earlier, the Southerners lost at home to Atalanta. Napoli dropped to fourth place in the standings and now they are four points behind the first position.

Bookmakers had better not underestimate Napoli. The team is well-rested, having a number of previously injured key players come back to play in the upcoming match: Insigne, Coulibaly, and possibly Osimhen as well as Fabian Ruiz. Milan, on the other hand, will definitely have to do without defensive leader Simon Kjaer, which will significantly reduce the team's potential when playing in their own half of the field.

Prediction: Napoli will not leave the San Siro without points.