Milan vs Roma: The Yellow and Reds will claim at least a draw at the San Siro 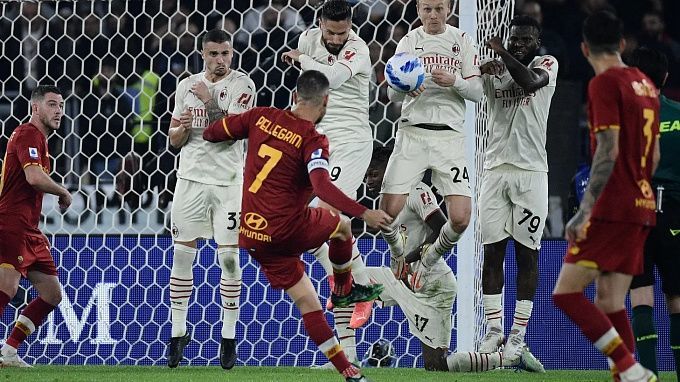 The second round of the Italian championship starts with top matches. In one of the central games of the 20th round, AC Milan plays host to Roma. Will the Rossoneri strengthen their position, or will the Giallorossi of Jose Mourinho be able to claim an away win? Check the team conditions and choose several betting options.

There is a tendency to associate the rise of The Red and Blacks in recent seasons with Zlatan Ibrahimovic. Indeed, the Swede, having joined AC Milan, immediately began to show leadership qualities and helped his teammates gain confidence in their abilities. Milan is again a top club, aware of its strengths and weaknesses.

Zlatan has become a valid symbol of Milan's renaissance. But we shouldn't forget about Simon Kjaer. The Danish national team captain is a mainstay of the new Milan defence, a key player and team leader when playing defence. Unfortunately, Kjaer will miss the entire second half of the season through injury. It is unlikely that the loss of the defensive leader will go without negative consequences for Milan.

The Giallorossi were unable to finish the year 2021 with a win. Jose Mourinho's side played host to Sampdoria, taking a 72nd-minute lead but failing to maintain the advantage. Gabbiadini scored in the 80th to make it 1:1, a frustrating home draw for Roma. An unplanned loss of points effectively cancelled out what had been achieved the previous day in Bergamo, where the Romans beat Atalanta (4:1).

Roma has 32 points in the first round. They are six points behind the top-four sides in the Champions League standings. It isn't the most successful of starts for Jose Mourinho. The Giallorossi need reinforcements.

Milan won't be able to rely not only on Simon Kjaer but also on Franck Kessie. The Ivorian is off to the Africa Cup, and Milan's chances of winning are significantly reduced. Ibrahimovic was virtually alone in deciding the outcome of the first match, scoring with a penalty kick. Mourinho is also great, as evidenced by their recent defeat at Bergamo. Prediction: The Giallorossi won't leave the San Siro without a point.