Milan vs Sassuolo: The Rossoneri will overcome fatigue and beat Sassuolo after Atletico 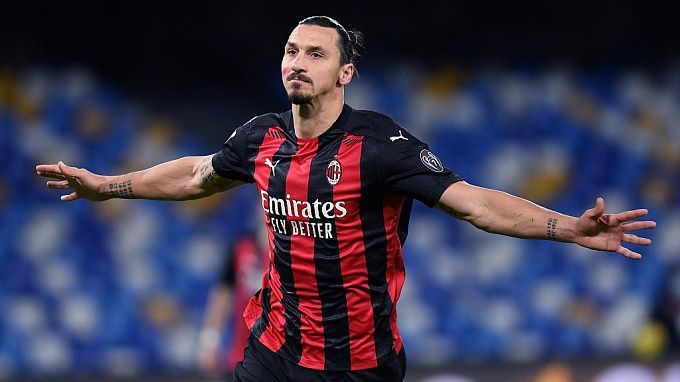 Milan had a great match in the Champions League, beating Atletico away. Will the emotional charge from this magnificent success help the Rossoneri overcome physical fatigue and beat Sassuolo at home? Let's choose a few options to bet on.

Milan got one of the most important wins in history

The match in Madrid against Atletico seemed to put an end to the Rossoneri's prospects in the current European Cup campaign. But Milan did not give up and proved to be just as glorious as in the past. The key moment was the fourth substitution by Stefano Pioli in the 64th minute. It was one of the substitutes who scored the winning goal in the 87th minute. And it was not Zlatan Ibrahimovic, but Junior Messias, a forward who moved to AC Milan from Crotone.

The 1-0 victory for the Rossoneri was more than symbolic. This is not just the first win of one of the most titled teams in the history of soccer in the current draw, but the first victory of the team in the Champions League in almost 10 years. Milan's return to the Champions League can be considered definitive. On the threshold of the final matchday, the team with 4 points under its belt now has a good chance to make the playoffs. A home win against an unmotivated Liverpool, after a draw in an Atletico-Porto match, will be enough for Milan.

Sassuolo is still dangerously close to the relegation zone

The Neroverdi are only six points away from the relegation zone as they approach their match with AC Milan. Under Roberto De Zerbi it was hard to imagine such a situation at any point in the championship. Sassuolo's Alessio Dionisi, on the other hand, does not resemble, even in fragments, the team that fought for several seasons in a row to qualify for the European Cup.

After a surprise away wins over Juventus, 2-1, on October 27, the team have not won in three consecutive matches. First, Sassuolo lost at home to Empoli, then lost away to Udinese, and last Sunday they had a home draw with outsider Cagliari.

The last 4 games in Milan only once ended with the victory of the hosts. In addition, two draws and a win for Sassuolo.

Despite Sassuolo's poor form right now, it will not be easy for Milan in the upcoming game, as the Rossoneri spent a lot of energy in Madrid on Wednesday. However, there are factors that speak in favor of the Rossoneri, despite fatigue - the freshness of Zlatan Ibrahimovic who played just half an hour against Atletico. And the positive background for AC Milan should have been created not only by the victory in the Champions League but also by the new contract of Stefano Pioli. The contract with the head coach was extended almost immediately after the match in the Spanish capital.

Prediction: Milan will be closer to winning.