Content
To top
1.
Napoli succeeds at everything they put their hands to
2.
Cagliari has yet to get Mazzarri's ideas
3.
Injuries and suspensions
4.
Head-to-head encounters
5.
Expert Betting Tips
Users' Choice
12 200 USD

Napoli vs Cagliari: Expecting Napoli to slip up 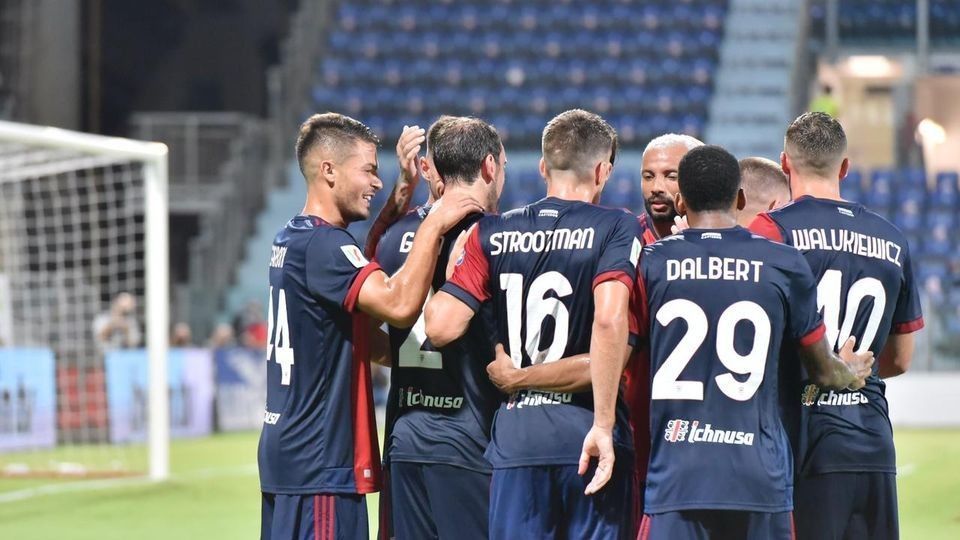 Round 6 approaching, Napoli remains the only team in the championship without losing a single point. The next opponent of Luciano Spalletti's gang is Walter Mazzarri’s Cagliari. Will the Sardinians be able to stop the Neapolitans? There are several options to bet on.

Napoli succeeds at everything they put their hands to

A hundred percent after five rounds is a great achievement in itself. But even more surprising and admirable is the way Napoli have achieved these victories. After last Thursday's away match against Leicester (2-2) in Europa League, Luciano Spalletti's team is literally unstoppable. In four days, the Neapolitans earned two victories with the same score of 4-0, both of them away - over Udinese and Sampdoria. Will anyone be able to stop Napoli at all?

Cagliari has yet to get Mazzarri's ideas

Of course, Walter Mazzarri becoming Cagliari head coach is a huge step forward. The Sardinian club has signed a contract with him until 2024, and he is incredibly experienced and has repeatedly proved in his career that he knows how to get results. Among others, Mazzarri worked with Napoli from 2009 to 2013. It was under his leadership that Napoli returned to the Italian top, winning bronze and silver in Serie A.

Cagliari has played only two matches under Mazzari so far. In the first one they took points from Lazio in a 2-2 draw in Rome. And the second one ended with a home loss to Empoli (0-2). Well, it's only going to get better.

Cagliari has earned points in Naples for two games in a row.

The Sardinians, now under Walter Mazzari, are not as easy a contender as they seem. It was recently felt by Lazio, who saved a draw at home against Cagliari only in the end. Napoli will certainly feel it in the upcoming game. The Neapolitans can do almost anything so far, but one day good luck won’t help. It's quite possible that Cagliari will beat Napoli, but something tells us that this success will not be as easy as the previous two.

Prediction: Cagliari will score points in the upcoming game.