Napoli vs Lazio: the Biancocelesti to break the bad streak in away matches with Napoli 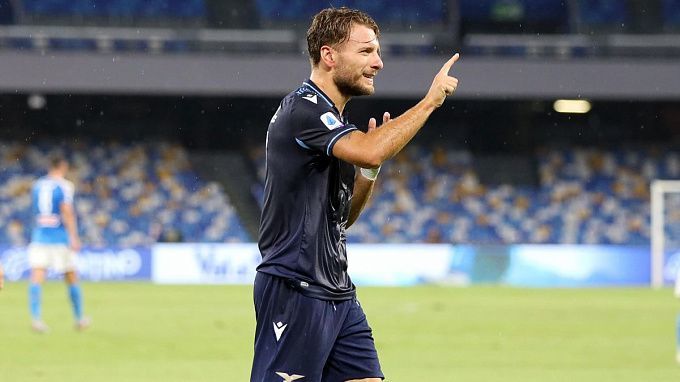 It will be the key encounter between Napoli under Luciano Spalletti and Lazio under Maurizio Sarri that will close round 14 of the Italian Serie A. Both teams visited Russia in the middle of the week to play the Europa League matches. How will the trip to Moscow affect the prospects of the Italian grandees in a face-off? Let's pick a few options to bet on.

And one cannot say that these matches were unimportant for Napoli. First, Luciano Spalletti's team failed at the Giuseppe Meazza stadium in Milan where they lost 2-3 to Inter. On Wednesday, they lost to a markedly inferior side, at least as far as Italy is concerned, Spartak Moscow 1-2 in a Europa League match.

The outlook for the Neapolitans after these defeats is not so bright. The Southerners need to defeat Leicester in the final round, and only then will Napoli make the Europa League playoffs. In Serie A, where the Neapolitans also played a draw with Verona before losing to Inter, Spalletti's team remained in the first place, but now they share it with AC Milan, making a pair of leaders. Only 4 points ahead of the same Inter as well as Atalanta and 11 points ahead from a whole group of teams. All in all, the season for Napoli is essentially just beginning.

Lazio did better than Napoli in Russia

While Napoli lost to Spartak, risking their chances of making the Europa League playoffs, Lazio defeated Lokomotiv and with one round to go has already officially made the playoffs. The Romans, thanks to the efforts of Ciro Immobile, who twice converted penalties, and the legendary Spaniard Pedro, who set the final score in the end, confidently handled Lokomotiv (3-0). Maurizio Sarri's side will fight for first place in the quartet in the last round at home against Galatasaray without fear of losing the second position.

In the championship, Lazio lost at home to Juventus 0-2 in the previous round, remaining 6th in the standings with a gap of 4 points from the top 4, the Champions League zone.

Napoli has a five-match winning streak over Lazio at home.

Lorenzo Insigne will not participate in the upcoming game. The matches against Inter and Spartak showed how much the Neapolitans' level drops in the absence of their captain. It seems that Lazio really does have a chance to put points on the board. The Neapolitans have slowed down noticeably of late and, except for Insigne, they won't be able to rely on important players like Osimhen, Zambo, and Politano.

Prediction: Lazio will not lose; there is a high probability that the match will end in a draw.