Napoli vs Monza Prediction: Will the Neapolitans win a productive game? 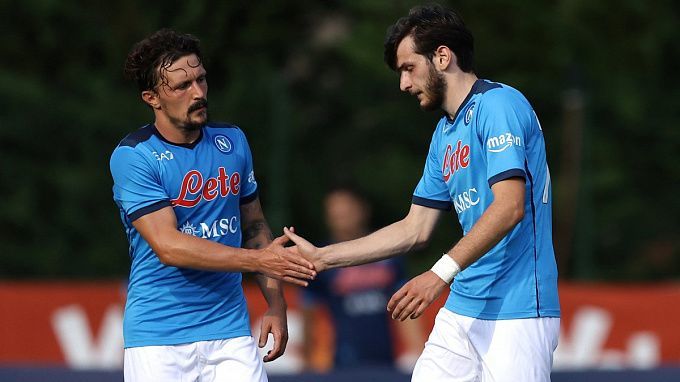 Napoli will face Monza in the Italian Serie A. Check the teams’ conditions and expert betting tips. Several betting options are available!

For the first time in many years, Napoli will play without Lorenzo Insigne. The captain left Napoli for MLS in the off-season. We shouldn't forget that Dries Mertens, the top scorer in the club's history, has also completed the Napoli phase of his career.

Napoli's first game in the new league season was unaffected by the absence of the legends. Luciano Spalletti's team scored five away goals against Verona. Politano, Zielinski, Lobotka, Osimhen and Khvicha Kvaratskhelia were the scorers. The ex-Rubin Kazan player became the first Napoli player in the last 19 years to score in his debut game for the club (5:2).

Silvio Berlusconi's new project is very ambitious and is ready to become a solid mid-table side in terms of its financial possibilities. However, the first leg in which Monza faced Torino showed that they would need time to get used to the intensity of an elite league game that differs significantly from Serie B.

In the game against Torino, Monza had no chance of success. The Bulls were in complete control and logically scored twice in the second half. Giovanni Stroppa's side scored once, but in regulation time (1:2).

Napoli played a superb game in the first leg and deservedly won. It was evident that Luciano Spalletti's side was very well prepared physically. It is likely to repeat last year when Napoli also outclassed everyone physically at the start of the season and had a long winning streak. Monza is far from the kind of opponent that can stop the Neapolitans right now.