Napoli vs Salernitana: Neapolitans to defeat the main outsider of the season 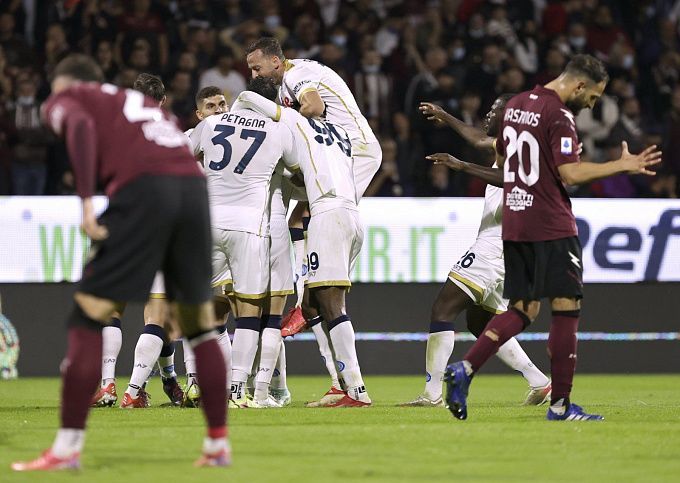 Luciano Spalletti's Napoli will host Salernitana, the main outsider of the season, in round 23 of the Italian Serie A. Will the Neapolitans achieve a confident victory? Let's choose several options to bet on.

The Neapolitans were confidently leading the standings for a long stretch at the beginning of the season. However, by the middle of the championship, they found themselves in the role of the catch-up. 22 rounds played, the team of Luciano Spalletti sits 3rd in the Serie A table, 7 points behind Inter, leader of the standings.

The previous round saw Napoli take away three points from Bologna, beating the local team 2-0. Hirving Lozano scored the double.

Salernitana hardly has a chance to survive

Since the beginning rounds, the Garnets have been firmly entrenched in last place in Serie A and still remain at the bottom of the standings. In the 21st game played, Salernitana had only three wins, 13 goals scored and 10 points. The gap from the saving 17th position is as many as 8 points.

Last round, they failed to beat Lazio at home, 0-3.

The first-round match ended with an unexpectedly tough victory for Napoli, 1-0.

Napoli lived through staffing problems, approaching the upcoming match with almost a full lineup. So Salernitana hardly has any chance to gain any points. Luciano Spalletti's team have not yet dropped out of the Scudetto contenders and must beat the outsider on the home field.