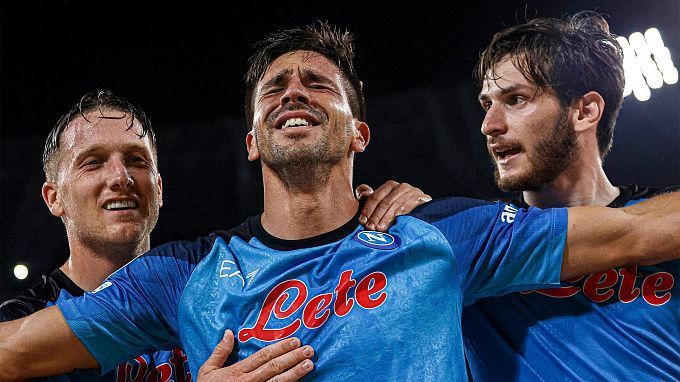 Round 8 of the Italian Championship starts with Napoli and Torino. Who will be the stronger side? Check the teams’ conditions and expert betting tips. Several betting options are available!

The team started the season very powerfully as they did a year ago. Napoli has won two Champions League games (4:1 against Liverpool and 3:0 against the Glasgow Rangers), and they haven't lost a game in the Italian league, winning 5 of their seven games. The Neapolitans are sitting in first place for their match against Torino, sharing first place with Atalanta. Both teams have 17 points.

Napoli picked up one of their most important victories in their last meeting before the qualifying break when they took on reigning champions AC Milan away from home. 2:1, with Matteo Politano and Giovanni Simeone scoring for the Neapolitans.

The season so far has been difficult for a new team. In the opening seven rounds, Torino has already suffered three defeats and scored just six goals. However, the Bulls conceded just seven times, which is why they sit in the middle of the table, in the 9th position. They have 10 points.

In the last round, Torino lost points where they should have taken them. They were better than Sassuolo but failed to convert their chances and conceded the game-winning goal on 90+3. A very disappointing defeat.

At the start of the season, Napoli doesn't look like one of the best teams in Italy, but one of the best teams in all European football. So, no matter how good Torino's defense is, it is unlikely that Ivan Đurić's side has much chance of picking up points in the upcoming game. Napoli will likely pick up another win, strengthening their position at the top of the Serie A standings.