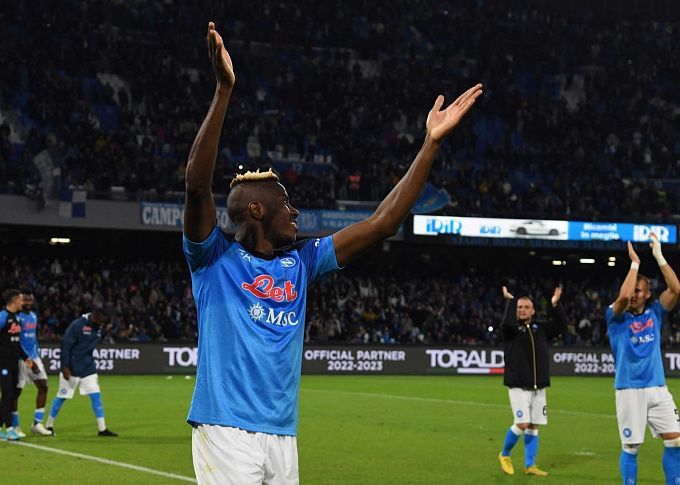 Napoli will host Udinese in round 15 of the Italian Serie A. The Neapolitan team has ten wins in a row in the tournament. Will Luciano Spalletti's team pick up three points again? Let’s find out!

After a successful trip to Bergamo and victory over Atalanta (2-1), Napoli returned to their arena and took on Empoli. Luciano Spalletti's team showed a high level of play after the break and scored two unanswered goals. The Neapolitans have not lost points in ten consecutive matches in Serie A. With 38 points the club is comfortably leading the standings.

Udinese drew the last three rounds of the Italian championship. The Bianconeri shared points with Cremonese (0-0), Lecce and Spezia (both games 1-1). The club's winless streak in the tournament already stands at six matches (five draws and one defeat). Udinese sit eighth in the Serie A table with 24 points.

The Neapolitans have won their last ten games in the Italian Serie A. You can bet on Napoli's victory at odds of 1.53 at Betking.

Eight of the last nine matches between Napoli and Udinese saw at least three goals scored. You can bet on TO (3) for 1.90 at 1xbet.

The Neapolitans have scored at least two goals in eight of their last nine matches against Udinese. You can bet on Napoli's ITO (1.5) line at odds of 1.50 at 1xbet.

Despite certain personnel problems, Napoli remains the clear favorite for the upcoming game. Udinese is experiencing a gaming crisis – no wins in the last six rounds of Serie A. It is unlikely that the visitors will be able to create many problems for the Neapolitan club, for Spalletti's players are in great shape. We should expect Napoli's winning streak to continue.