Content
To top
1.
Napoli fixed everything in the Europa League
2.
Verona thrash everyone at home but have yet to win away
3.
Head-to-head encounters.
4.
Expert Betting Tips
Users' Choice
12 200 USD

Napoli vs Verona: the Yellow and Blues to give a hard time to another Italian grandee 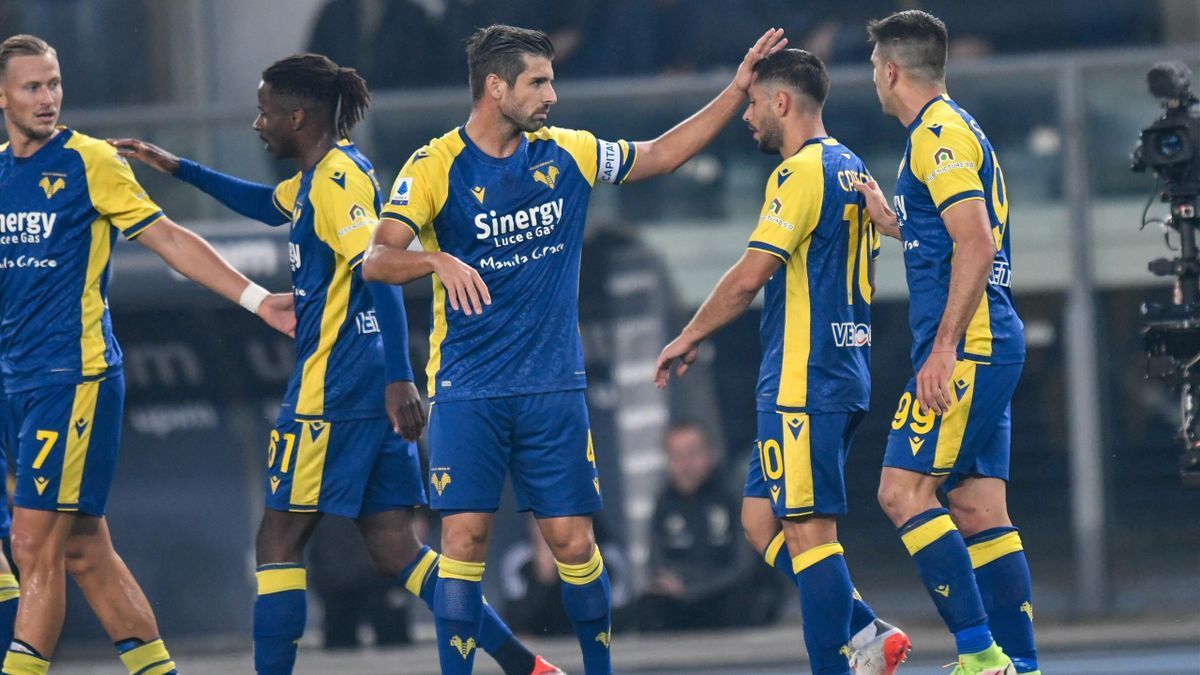 The Neapolitans are winning consistently, having had only one draw in 11 rounds. That said, they made a poor start to the Europa League but still made up for it this week. When will Luciano Spalletti's team finally slow down? Maybe it will be as early as in the upcoming match against Verona that Napoli will have problems. The Yellow and Blues have been playing powerfully as of late and they are sure to give a hard time to Napoli.

Napoli fixed everything in the Europa League

And most importantly, they practically did not lose anything in the championship – 1 draw and 2 wins between the two games in the European tournament. Although you can not say that the first leg against Legia Warsaw, which Napoli played at home, was easy for the team. Napoli had a huge advantage, but for a long time could not open up the opponent, finally taking the lead as late as 15 minutes before the final whistle. Despite winning 3-0 eventually, it took too much effort. Then there was the first loss in the championship. In Rome, Napoli failed to cope with Jose Mourinho’s Roma, 0-0.

After the match with Roma, Napoli scored two wins-to-nil. 3-0 at home over Bologna and 1-0 away over Salernitana. And on top of that, they beat Legia for the second time. This time away, 4-1. Napoli has topped the Europa League group, and will play the remaining rounds at home against Leicester and away against Spartak. Four points will guarantee qualification for the playoffs. That's a very realistic goal. On the whole, the season so far has been very easy for Napoli. But surely the Neapolitans will have to step up at some point? And they are bound to start a losing streak.

Verona thrash everyone at home but have yet to win away

Unexpectedly, after the appointment of Igor Tudor as head coach, Verona have become a team with a superb offense of incredible power. And Giovanni Simeone is almost the best forward in Europe right now. The Argentine scored twice in the previous round against Juventus, and before that he even scored a poker against Lazio.

Apart from Juve and Lazio, the Veronese managed to defeat Roma 3-2 on home soil. As for the away matches, they’ve failed to achieve success for a long time. It was close in the match against AC Milan, where the Yellow and Blues led 2-0 after the first half but allowed the opponent to turn the tables in the second, 2-3. Perhaps now, in Naples, it is time to upset the big man playing on the home field?

At some point, Napoli will have to go down. In the last-round match against Salernitana, it was evident that the team was having a hard time. The international pause could not come at a better time for Luciano Spalletti's team. But it seems that the Neapolitans will not be able to come away with a victory. Verona have shown excellent attacking soccer in recent matches, having beaten Roma, Lazio, Juventus, and almost crushed AC Milan at the San Siro. Milan didn't get beaten, but Napoli can be.

Prediction: Verona will not lose to Napoli.