Roma vs Verona: The Romans to be very careful after a bad streak 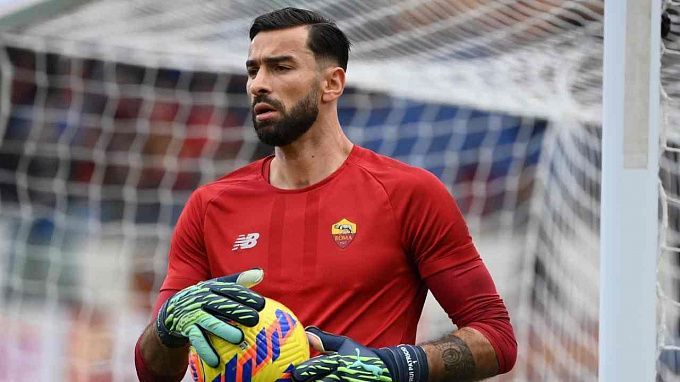 Jose Mourinho's Roma were again short of points in the previous round, playing a draw with Sassuolo. Roma's next opponent is Verona, a sturdy and unconcerned side. Will Roma struggle again? Let's choose a few options to bet on.

Roma is in a dark place

Jose Mourinho's team cannot seem to unlock their potential, sitting in the 7th place in the Serie A table after 25 rounds. Of course, with their current roster, Roma should not contend for, say, the top 3 of the league, but they are very capable of making it into the top 4, the Champions League zone.

The main reason for the latest setbacks for the Romans, who have won only 3 of their last 9 matches in all competitions, lies in the psychological state of their players. Very revealing was the last-round match against Sassuolo. Roma went into the second half of the away game leading 1-0, but the second minute after the break saw them score an own goal – a gross mistake made by goalkeeper Rui Patricio, who was also "assisted" by defender Chris Smalling. If the most experienced players make such mistakes, what should we expect from their young partners?

The game with Sassuolo ended in a 2-2 draw. Roma conceded the second on penalties, but managed to get back into the game at the end. Perhaps a comeback in extra time will give the players confidence in their own abilities. The Romans really need a winning streak. I find that more and more difficult to believe with each game the team plays.

Verona had another great game

Since Week 4 of this season, when Igor Tudor took over Verona, the Yellow and Blues have been on a good streak. Moreover, the team has already won 10 times and scored 47 goals – only Inter, AC Milan and Lazio scored more. The Veronese are 9th in the standings, only six points behind the top-6, European Cup zone.

The last-round match re-confirmed the superior level of Verona's attack. Igor Tudor's team thrashed Udinese 4-0 at home. Depaoli, Barak, Caprari and Tameze were the goalscorers. Giovanni Simeone, the current No.3 scorer in Serie A with 12 goals, has not been scoring.

Verona beat Roma at home in the first leg of the current championship (3-2).

Jose Mourinho really hasn't been doing his best at Roma yet. But one can also understand him criticizing the selection of performers. What should the Romans be fighting for with the center of defense, in addition to Smalling, having Mancini and Kumbulla play. Chris Smalling, as the match against Sassuolo showed, is going through hard times in his career.

However, despite Roma's poor selection of defenders, it's unlikely that Verona will have many chances to score in the upcoming game. After their frustrating loss in Reggio Emilia, the Romans will be as focused as possible, keeping the margin for error to a minimum. Just as they beat Cagliari 1-0 after a 3-4 loss to Juventus, Jose Mourinho's team will be able to earn points in a low-scoring encounter. Moreover, Verona's defense has improved recently and they usually do not attack as much on the road as they do at home.

Prediction: Roma will not lose in a low-scoring match.