S.S. Lazio vs Genoa C.F.C.: the Griffin Will Shine and Concede 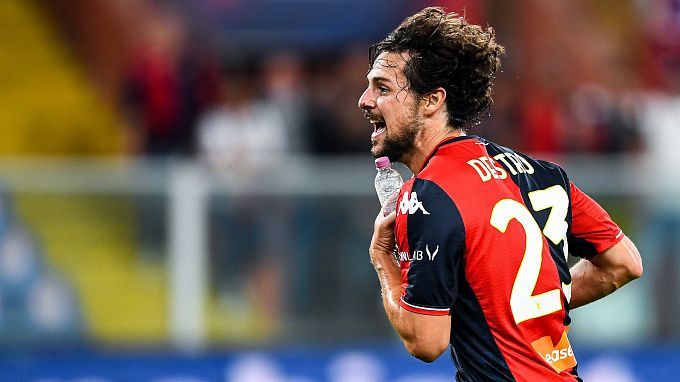 The 18th round of the Italian Championship opens on Friday with a match in Rome. Lazio will host Genoa. Are Andrey Shevchenko's Griffins be able to cope with Maurizio Sarri's team? Let's choose several options for the bet.

In the previous round, Lazio failed to win again. The White and Sky Blues' trip to Reggio nell'Emilia ended unsuccessfully - they 1:2 lost to Sassuolo. Mattia Zaccagni broke the match open in the 6th minute, then the Romans conceded twice in the second half. Thus, Lazio has only one victory and three defeats in the last five matches. After the 17th round, the team occupies 5th place in the Serie A standings, three points behind the European Cup zone.

Genoa played the previous match on Tuesday. The Griffins hosted Salernitana in the 1/16 finals of the Italian Cup. Andrey Shevchenko's team struggled but achieved the first victory under the new head coach. 1:0 - Caleb Ekuban scored the only goal in the 76th minute. In 1/8, the Griffins will play an away game against Milan on January 12.

In the National Championship, the Old Fool is doing poorly. Last Friday, Genoa lost in the Sampdoria derby 1:3 and remained in the relegation zone. At least the Griffins broke their barren spell. Before this game, Genoa could not score four rounds.

Lazio allows opponents to commit excesses near their gates and concedes in almost every match. Mattia Destro, the main hitman of the team, joined Genoa after an injury. So, most likely, the Griffin will shine in the upcoming game. Lazio, led in offence by Ciro Immobile, who has scored 13 goals in the current Championship, will earn some points. Prediction: both teams to score.