Sampdoria vs Genoa: The opponents to exchange goals 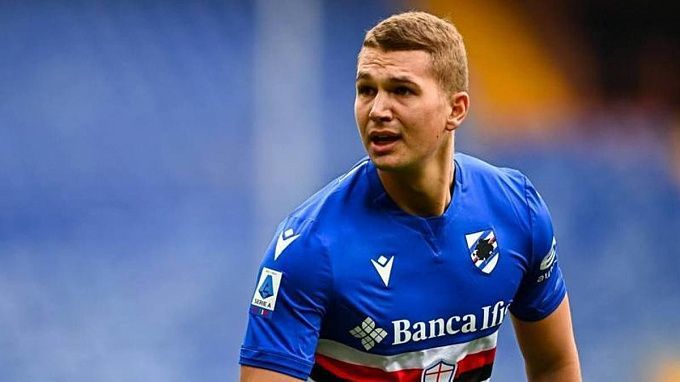 Sampdoria will take on Genoa in round 35 of the Italian Serie on April 30, 19:00 (UTC+3). Let’s see how the opponents are doing & what the best bet is. There are several options for you to consider.

Sampdoria still has a theoretical chance of relegation, but in reality, this is unlikely to happen. The fact is that Salernitana, which leads the red zone, had a three-match winning streak in the previous rounds. Because of this, the advantage of the Blue-circled decreased to five points, but inferior Cagliari does not shine with the results, so Marco Giampaolo's players should not be too worried. In their last two games, Sampdoria lost 1-2 to Salernitana and then drew 1-1 with Verona.

There are only four rounds left, including this one, before the end of the Serie A season, and Genoa is not doing well, to put it mildly. The team is in the penultimate position in the standings with 25 points under their belt. It should be also recalled that No.17 Cagliari have 28 points and as a result of the Griffin still have a chance to escape. During the first three rounds, Genoa was defeated by Lazio (1-4), then lost by two goals to AC Milan, and, finally, earned the victory over Cagliari (1-0).

A meeting between two teams that are far from the strongest in the championship. In fact, if Sampdoria win the upcoming round, they can finish the season without any tension, but Genoa has no goal to play passively. They are in desperate need of points, which is why the teams are going to score. The last time the opponents didn't exchange goals was at the end of 2019. We do not think the trend will be any different now.