Sampdoria vs Roma: The Giallorossi won't lose for the 10th round in a row 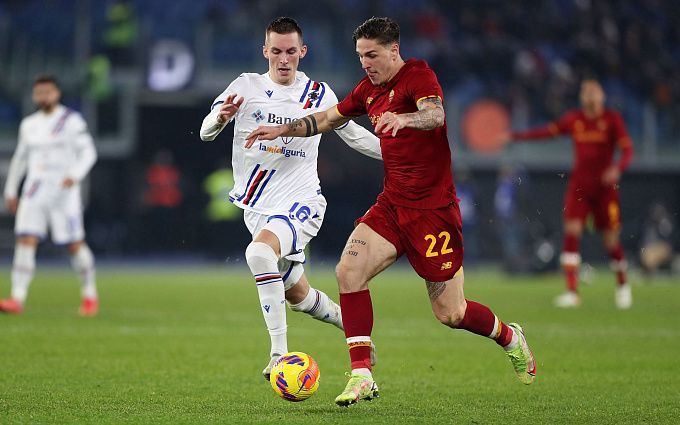 Roma has already reached fifth place in the Italian league table. Will the Giallorossi be able to build on their away success against Sampdoria?

Before the national team break, Sampdoria faced Venice, their direct rivals in the fight for survival, on the road in round 30 of the domestic championship. The Genoese scored two unanswered goals and take a vital three points. Sampa is now seven points clear of the relegation zone. They are in a great position for the last stretch of the season.

Jose Mourinho's team, who had lost 2:3 in the first leg in the Roman derby, beat their principal rival 3:0 in the second leg. The final score was settled as early as the 40th minute of the game. Tammy Abraham scored the double, with Lorenzo Pellegrini also scoring another goal.

Roma did not lose in the national championship for 9 rounds in a row. They have 5 wins and 4 draws. The Giallorossi is fifth in the table and eight points adrift of the top-four, the Champions League zone.

Roma haven't lost in the league since 9 January, when they suffered a memorable 3:4 defeat to Juventus. It is unlikely that Sampdoria is now the team to break their opponents' winning streak. Prediction: that Roma won't lose in the total under match.