Sampdoria vs Torino: The Maroons will prove their superiority 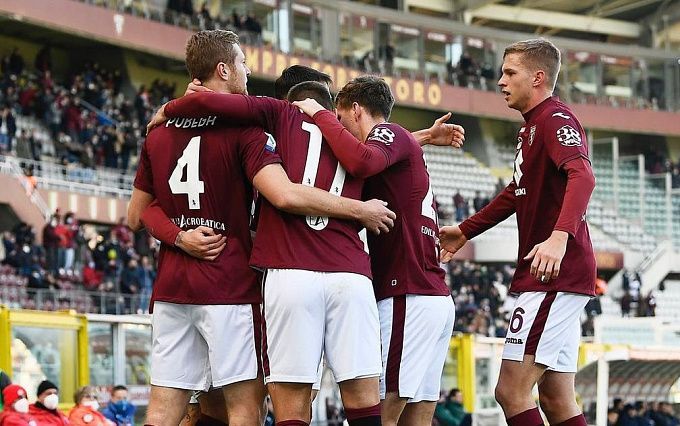 On Matchday 22 of the Italian Championship, Sampdoria plays host to Torino in Genoa. Who will be more assertive in this game? Check the team conditions and choose several betting options.

Roberto D'Aversa's team started the year with two defeats in a row. First, Sampdoria lost to relegation zone side Cagliari (1:2). Then, Sampa lost their away game to Napoli (1:0). As a result, Sampa is again close to the danger zone. The team sit 15th in the Serie A table and just 5 points ahead of the relegation zone. It is unlikely that Genoa was expecting such a mid-table situation before the start of the season.

The Torino side finally understood and accepted the demands of head coach Ivan Juric. Torino has suffered one defeat in their last six league games, losing narrowly away to Inter, and has already reached ninth place in the Serie A table. The Torino side is currently only 4 points behind the top 6 of the Europa League zone.

Last matchday, Torino played their best game of the season. The Maroons side couldn't give away any points to Fiorentina on home soil (4:0). By the end of the first half, the Bulls had already decided all questions about the winners as they scored three unanswered goals against Fiorentina.

Sampdoria and Torino aren't at the same level. Sampa continues their descent down the standings and, if they continue in this vein, the team could find themselves in a race for survival by the end of the championship. On the contrary, Torino is showing excellent football based on a personal pressing system and could soon be in serious contention for the European Cup. There is little doubt that the Maroons' superiority will be reflected in the final result in the encounter.