Sassuolo vs Udinese: Zebras to beat Neroverdi for 4th time in a row 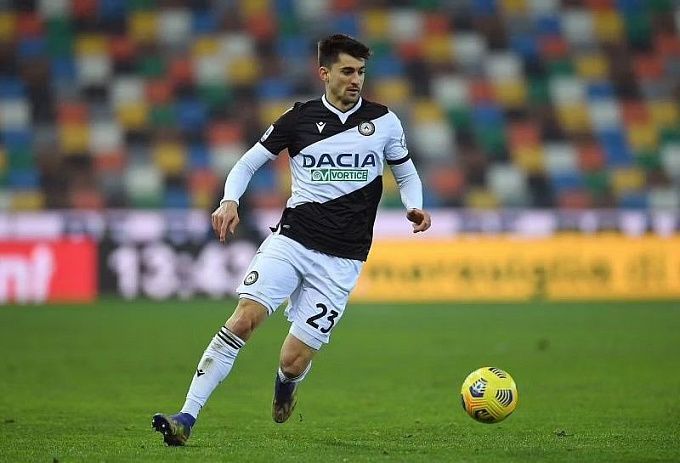 Sassuolo and Udinese are not solving tournament problems at the end of the championship, which means they can play soccer for their own pleasure. Who will be stronger in the upcoming game? Let's choose several options for betting at once.

Neroverdi have been performing extremely unstable all season. This is primarily due to the head coach lacking experience. Alessio Dionisi won Serie B, but this is the first time he leads a club of the elite Italian division.

Now Sassuolo is on a black streak. The team, who lost only one match out of seven from February 13 to April 10, approaches the match against Udinese with a three-game losing streak. The Black and Greens took turns losing to Cagliari (0-1) and Juventus (1-2) and, in the previous fixture, were thrashed 1-6 away by Napoli.

Udinese are very good at the end of the championship

The team from Udine lost their chances of qualifying for the European competitions long ago, but they also ensured themselves against relegation long before the championship finished. The lack of pressure has allowed Gabriele Cioffi's team to perform really well of late. If you take, for example, the last 12 matches, Udinese lost only three times and won 5.

Udinese failed to score in their home game against Inter in the previous round. The Zebras conceded two unanswered goals towards the end of the first half and managed to score only one goal in the second, 1-2.

The last time Sassuolo beat Udinese was in March 2018, i.e. seven matches ago. The first round of the current championship saw Udinese beat Sassuolo at home, score 3-2.

Sassuolo has played poorly against Udinese in recent years. The upcoming match is unlikely to be an exception. The Zebras have become a more balanced team than the Black and Greens. Sassuolo has lost three matches in a row, falling into a black streak again, and, likely, they won't handle Udinese.

Prediction: Udinese will be closer to victory.