Spezia vs Sassuolo: the Neroverdi are very unstable and the Eagles have nothing to lose 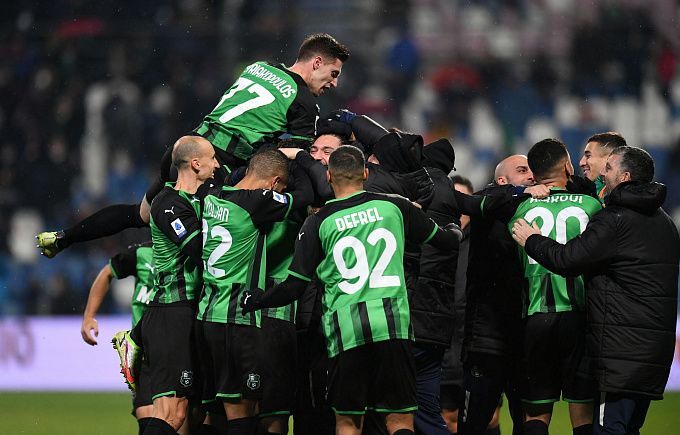 Spezia is getting closer and closer to the relegation zone. The next match Thiago Motta's team is to play Sassuolo will take place on home field. The Neroverdi defeated AC Milan and took points from Napoli. Will the Eagles lose again? Let's choose a few options to bet on.

Spezia lives up to expectations

And the expectation was that Spezia was bound to fly out. This season, namely the fact that the Eagles play in Serie A is the merit of coach Vincenzo Italiano, who managed to keep the team, which was not often in Serie B, a place in the elite. Thiago Motta may be a promising specialist, but he is certainly not as talented as Italiano. And in Spezia, it's the extraordinary decisions that are needed.

Sassuolo is an amazing team

This is how the Neroverdi can be characterized for several seasons, but this is an exceptional case. Sassuolo in the current championship is coached by Serie A debutant Alessio Dionisi, and the team, respectively, is unstable. For example, after a recent away win over Juventus, Sassuolo lost at home to Empoli, and then also lost away to Udinese. Now the team has two successful matches with the grandees - a 3-1 away victory over AC Milan and a 2-2 draw in the last minutes of their home game against Napoli. What will happen next?

Overall, the Neroverdi have no tournament problems. Alessio Dionisi's team ranks 12th after 15 rounds, 9 points from the relegation zone and 5 from the European Cup zone.

Last season, Sassuolo defeated Spezia away with a score of 4-1.

Sassuolo is very unstable this season. The team of the young coach Dionisi beats the favorites and loses to the outsiders. Betting on the victory of Neroverdi, no matter how weak Spezia is, is dangerous here. It is better to consider the performance. The main problem of Sassuolo is the game imbalance, that is, in almost every match Neroverdi both score and concede. Given their position in the standings, the upcoming game for Spezia will be one of the most important meetings of the season. Most likely, the Eagles will score. But they'll also concede. At least because Sassuolo has Domenico Berardi.