Torino vs Bologna: the Red and Blues to leave Turin with one point 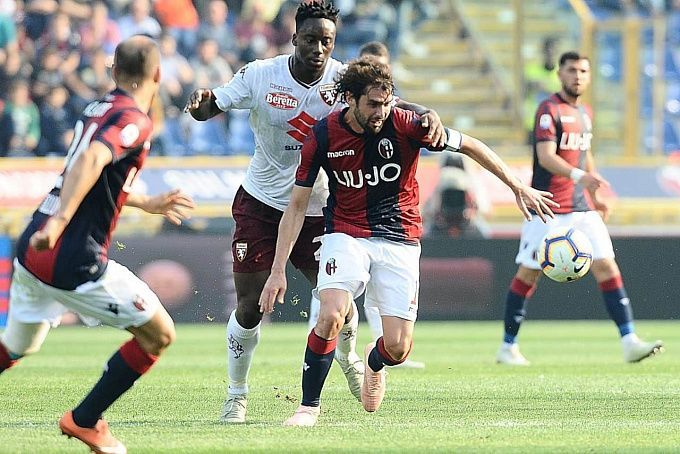 Sunday's program of the Serie A round 17 will open with a match between Torino and Bologna. Ivan Juric's Bulls have been winless for 3 matches in a row. Can they beat Sinisa Mihajlovic's Bologna? Let’s pick a few options to bet on.

Torino doesn't look like a European Cup contender yet

The Maroons approach the match against Bologna sitting 13th in the Serie A standings. The Turin side is already 9 points ahead of the relegation zone. But preserving their place in the elite is hardly the goal that Torino is pursuing. By inviting Ivan Juric as a coach, the club was counting on a qualitative leap. It hasn't happened so far.

On the previous matchday, Torino failed to defeat relegation zone Cagliari. 1-1 – the hosts responded to Carboni's own goal with Joao Pedro's one. Torino has been winless for three matches: before the tie with Cagliari, they lost at home to Empoli and on the road to Roma.

Bologna lost their chance to break into the top six

In the previous round, Bologna hosted Fiorentina and had they won they would have reached the 6th place in the standings. But Sinisa Mihajlovic's side missed their chance to qualify for European competitions. 2-3 – the Red and Blues were unable to stop a great Florentina attack led by Dušan Vlahović.

Overall, Bologna won four of their last six games. Despite losing to Fiorentina, the team still has a great opportunity to overcome the “middling” barrier mentally this season.

Three previous face-offs ended with the same score of 1-1.

Torino has not even spent half of the season under the new coach, while Sinisa Mihajlovic works in Bologna for the third season. It's clear that the Red and Blues, who have been balanced for years, have as much chance of getting points in the upcoming game as Torino does. There is a probability of a draw for the fourth time in a row in the rivalry history.

Prediction: Bologna will leave Turin with points, but it’s much more likely to be one rather than three.