Torino vs Milan: the Rossoneri have a tough match ahead 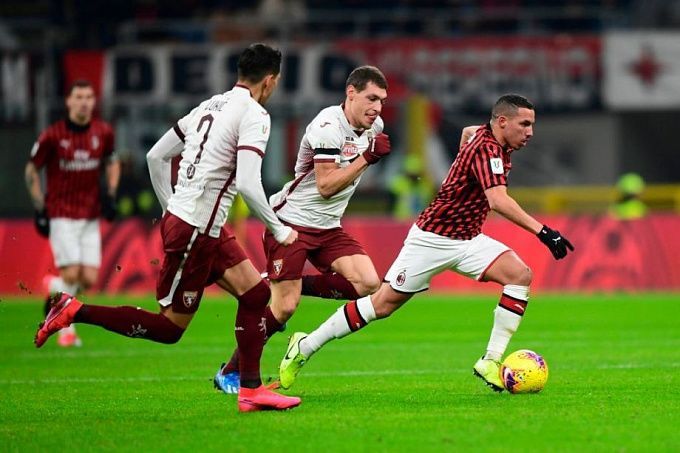 Serie A leader AC Milan will play the next round away against Torino. Will Stefano Pioli's team be able to retain first place? We will choose several options to bet on at once.

It is very hard to beat Torino

Especially when the Garners play after at least a week-long break. The Bulls produce a powerful personal pressure on the field, so the tight schedule can cause some fatigue. But playing once a week makes Torino one of the strongest teams in Italy. Inter and Juventus, for example, have experienced it recently.

The Turin side are sitting 11th in the standings and no longer have any long-term goals. Last week saw Ivan Juric's team claim a 1-0 away win over Salernitana.

Milan made an unwanted misfire

Milan approach the match against Torino as the league leader, but the gap between the Rossoneri and Napoli, the second-place team, is only 1 point. Last round, Stefano Pioli's team lost points in their home game against Bologna. 0-0 – according to the head coach, the team did everything right and just lacked the last touch.

Prior to the tie with Bologna, AC Milan had won three straight games with the same score of 1-0, beating Napoli, Empoli and Cagliari.

Milan has a four-match winning streak over Torino in Serie A, including a 7-0 away win last season.

Milan has hardly scored in recent matches, just like Torino. The Garnets, now without Dennis Praet, are less dangerous. The Red and Blacks, on the other hand, seem to be pressured by how important the result is. The opponents will probably play it safe in the upcoming encounter, so expect a low-scoring match.