Torino vs Sassuolo: Neroverdi will have a hard time claiming even a draw in Turin 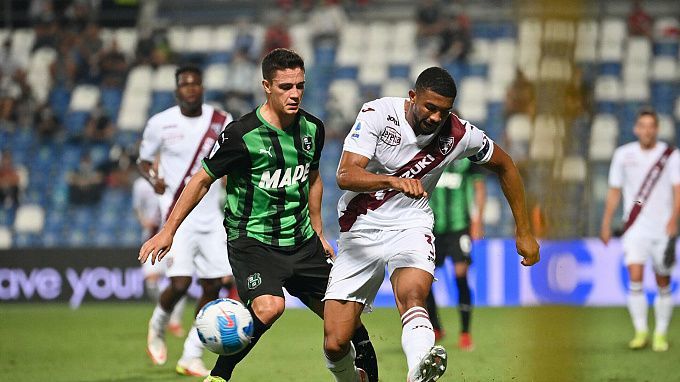 Torino and Sassuolo have made great progress this season. Who will be victorious in the encounter? We will choose several options to bet on at once.

Torino is able to enter the race for European Cups

The Bulls have made a lot of progress over the course of the season under the guidance of Ivan Juric. Torino has only one loss in their last 7 games, having one four of their last five games. The only defeat in Serie A in this interval the team suffered away against Inter, and that was narrow (0-1).

Last matchday saw Torino defeat Sampdoria 2-1 on the road. Thus, not only did the Maroons take revenge on the Genoese for their recent loss in the Cup, but also strengthened their position as a real contender for sixth place and qualification for the Conference League. Torino is 10th in the standings, just four points behind the top 6.

Sassuolo has also improved through the championship

Like Torino, Sassuolo had a head coach changed before the start of the season. But while Ivan Juric has already proven himself in Serie A, Alessio Dionisi won Serie B, but has never worked at a higher level. It is only natural that the success of the Neroverdi by the middle of the championship is not as inspiring as that of the Turin side. Yes, the team is well away from the relegation zone, but has yet to achieve stable results.

Last round the Black and Greens failed on their field, losing 2-4 to Verona. Sassuolo is 12th in the standings, seven points behind the top six.

The first round encounter in Reggio Emilia ended with a narrow victory for the guests from Turin, 1-0.

Them being neighbors in the standings is deceptive. Currently Torino is more balanced and stable than Sassuolo. The Neroverdi still have a lot riding on Domenico Berardi's actions. The visitors will have a lot of trouble taking even one point away from Turin.