Udinese Calcio vs U.S. Salernitana 1919: No Troubles for Zebras 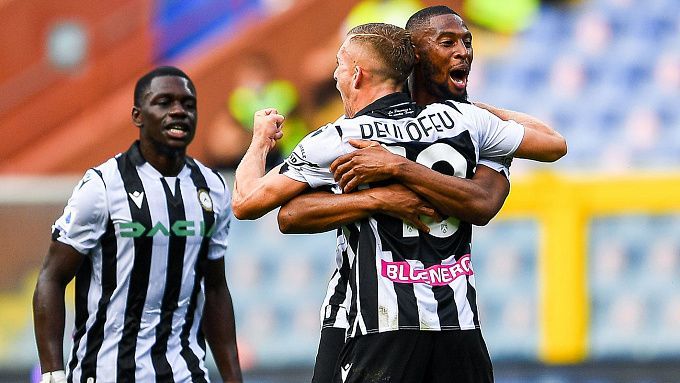 The 19th round pool of the Italian Championship will open with the match of Udinese and Salernitana. The Zebras have changed their coach, and after that, they are not losing yet. The Garnets have firmly established themselves in last place in the standings. Isn’t it obvious? Let’s choose several options for the bet.

Udinese Made an Ambiguous Decision

Which is justified by the results. After the dismissal of Luca Gotti, Udinese, under the leadership of acting Gabriele Cioffi, played two quality matches. First, the team did not manage to seal the victory in the last seconds of the home match with Milan (1:1). The White and Blacks defeated Cagliari away (4:0). In addition, under coach Cioffi, they also reached the 1/8 finals of the Italian Cup, confidently outplaying Crotone on its field (4:0). After 18 rounds, Udinese occupies 14th place in the Serie A standings, 10 points ahead of the relegation zone.

It is unlikely that the Garnets will be excluded from the Serie A tournament before the end of this season. It is obvious that there are no tournament prospects for them. Stefano Colantuono’s team is firmly entrenched in the standings’ bottom, being today no more than a supplier of points for all championship teams.

In the last round, Salernitana was thrashed away by the defending champion Inter - 0:5. This is the fifth, including the cup match with Genoa, such defeat of the Garnets.

Almost certainly, the unsuccessful streak of Salernitana will last. The team from Salerno is not only experiencing serious playing problems. Still, it is also in a bad psychological state due to an impossible situation with a potential withdrawal from the tournament. The change of coach shook up Udinese. The Zebras played two great matches against Milan and Cagliari, and if they play the same way against Salernitana, they won’t have any problems. Prediction: a victory of Udinese.