Udinese vs Genoa: Andriy Shevchenko's Griffin will fail to get enough points in the second match 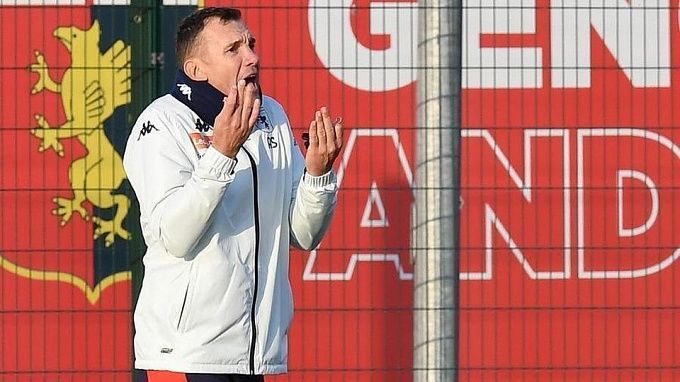 Udinese had an unsuccessful visit to Torino in the last round, losing 1-2. Now Luca Gotti's side will host Genoa, recently taken over by Andriy Shevchenko. Will the Zebras, who are dangerously close to the relegation zone, be able to defeat Shevchenko's Griffin? There are several options to bet on.

Udinese is very close to the bottom of the table

A 1-2 away loss to Torino in the previous round was Udinese's 2nd loss in the last 7 games in Serie A. Moreover, Udinese won only one match in this period; all the other 4 meetings ended in a draw, and Udinese have already won 5 matches in 13 rounds.

Such a number of draws in the championship can be explained by the fact that Luca Gotti is a really great coach, able to produce a consistent result, and not for nothing the club has recently extended his contract till 2023. But at the same time, Udinese lack great performers to get more victories. It looks like the Pozzo family will have to splurge this winter. Udine's handicap from the relegation zone is only 5 points now.

Like Udinese, the Griffin are having problems this season, and clearly not because they put the wrong coach in the first place. Moreover, if it were not for Davide Ballardini, Genoa would most likely have even less than 9 points, which the team possesses following 13 rounds. The Genoa squad is really weak, in terms of the total transfer value of the players there are only three teams below the Griffins and they moved from Serie B.

The previous round was the debut of the former Ukraine national team coach Andriy Shevchenko. Things didn’t work the first time. On home soil, the Genoa side lost to Jose Mourinho's Roma 0-2.

Genoa now can not count on all three people who somehow kept the team afloat at the start of the current championship. Mattia Destro and Domenico Criscito are injured, and coach Ballardini has already left his post. Shevchenko is a very promising specialist, but a change of coach seems to be the last thing Genoa needed to improve their position. Udinese is a strong coaching team that plays quality balanced soccer, and in the upcoming match, the strong qualities of the Zebras will surely show again.

Prediction: Genoa will definitely not win and most likely will not score. With Destro injured, there's simply no one to do it.